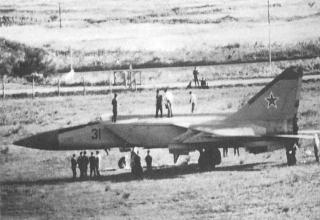 RELATED MEDIA
A Russian MIG Pilot defected during the cold war along with his aircraft. When he arrived in the USA he was convinced the CIA had specially stocked the grocery stores he went to because he couldn’t believe the vast array of products for sale. Q: Like what did you do, for example? Belenko: First of all American super-market, my first visit was under CIA supervision, and I thought it was set-up; I did not believe super-market was real one. I thought well I was unusual guest; they probably kicked everyone out. It’s such a nice, big place with incredible amount of produce, and no long lines! You’re accustomed to long lines in Russia. But later, when I discovered super-market was real one, I had real fun exploring new products. I would buy, everyday, a new thing and try to figure out its function. In Russia at that time (and even today) it’s hard to find canned food, good one. But everyday I would buy new cans with different food. Once I bought a can which said “dinner.” I cooked it with potatoes, onions, and garlic-it was delicious. Next morning my friends ask me, “Viktor, did you buy a cat?” It was a can of chicken-based cat food. But it was delicious! It was better than canned food for people in Russia today. And I did test it. Last year I brought four people from Russia for commercial project, and I set them up. I bought nibble sized human food. I installed a pâté, and it was cat food. I put it on crackers. And they did consume it, and they liked it. So the taste has not changed. By the way, for those who are not familiar with American cat food. It’s very safe; it’s delicious, and sometimes it’s better than human food, because of the Humane Society.
13/13
1/13
Categories: Wow
Tags: feed your brain with these fascinating facts 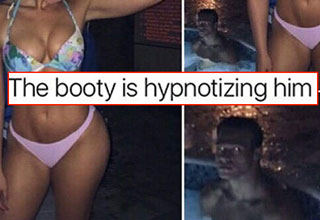 NEXT GALLERY 31 Funny Memes That Are Fresh AF