The TV Pastor's gigantic church (which can seat upwards of 15,000 people) would seem like the PERFECT place to help those in need after the flooding and storm damage from Harvey. This tweet with a donation link, seems to be all the help this multi-millionaire is prepared to offer the people of his congregation, and the people of Texas.

Victoria & I are praying for everyone affected by Hurricane Harvey. Please join us as we pray for the safety of our Texas friends & family.

A tweet by the Osteen's on Friday the 26th

Our hearts break as we see the damage and destruction in our city. Please join us in helping Houston recover. Visit https://t.co/jXMX5VB3qS pic.twitter.com/00HtzOmeQL

With claims of the church being flooded as an excuse for its lack of action, one local resident decided to show up and investigate for himself, and made the not-so-shocking discovery that the church doesn't appear flooded at all.

Just offer shelter and a dry place for those who need you and want to know you care. .@JoelOsteen those who can't get here still need you! pic.twitter.com/MdHAHWGprR

Even some big named celebrities chimed in on the Church's lack of compassion:

Will they finally practice what they preach? https://t.co/exstqAgoa3

Other (seemingly more compassionate) Texas residents have offered their support and shelter to those in need on twitter:

Sean, please repost -shelter for animals of all kinds and people, too! pic.twitter.com/VfY54IoYVD

Around 1,000 cots set up at a shelter in #Houston's George R. Brown convention center. Around 500 people already here in a separate hall. pic.twitter.com/GjYrBQdzuL

Amid the backlash and cries for compassion, Osteen put out this statement:

But when twitter users attempted to question him directly, they found themselves simply blocked, with no answer.

Instead of using his megachurch to shelter hurricane victims, perhaps @JoelOsteen could simply open up his megamansion. pic.twitter.com/l6xam7w2Wo

Victoria and I care deeply about our fellow Houstonians. Lakewood’s doors are open and we are receiving anyone who needs shelter. 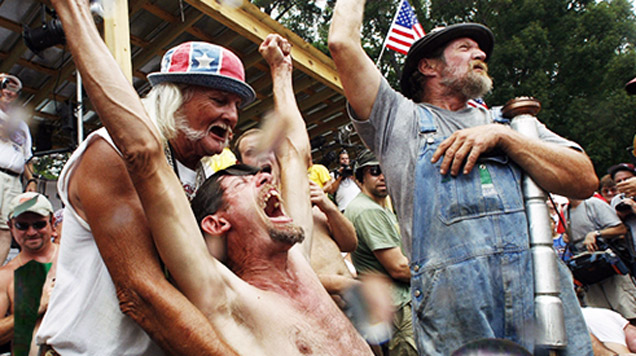 NEXT BLOG 10 Ways to Have the 4th-est July Ever