Aronra is an angry stupid atheist who doesn’t know any philosophy. He is best known for his Youtube series that thoroughly debunks creationism in strenuous detail while simultaneously giving history and science lessons on evolution.

I have had a few interactions with Aronra in the past but the recent events made him look like moron of a clown than ever. He had a short debate with the Young Earth Creationist Christian named Mr Batman and did extremely bad. Not only did he not answer Mr Batman’s questions he said some very ridiculous things.

Aronra dumb claims during the debate:

It’s not that some respectable philosophers don’t hold to panpsychism. It’s that Aronra openly admits he doesn’t know any philosophy and doesn’t care about it. How does he think he is going to defend panpsychism?

Well I asked him that. What is the argument for Panpsychism and I got blocked on Twitter and Facebook.

It’s hilarious the Facebook post which is a screen shot of Aronra telling me in Youtube comments that he has prepared a 10,000 paper to present at Cambridge University on the philosophy of mind. 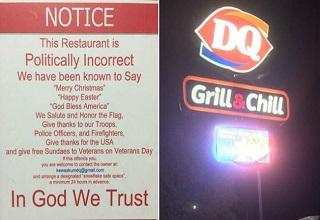