Kathy McDonald was arrested after investigators raided her property following a tip-off from a neighbor who had heard odd sounds at night.

Officers broke through the padlocked entry to the basement and found five men who had been missing for up to six months living in squalid conditions. The men, who will have their identities suppressed until their families are all notified, ranged in ages from 21 to 42.

Most of the rescued men were homeless prior to being captured by Mrs McDonald, which may explain why their families didn’t report them missing earlier.

“After our initial interviews with the victims we will allege that Mrs McDonald lured them to her house with the promise of free food and shelter, but upon arriving she locked them in the basement and r---d them constantly,” said one investigator.

Mrs McDonald is yet to make a formal statement but her attorney says she will be pleading not guilty to the charges. “These men came voluntarily to my client’s property and the sex was consensual.” 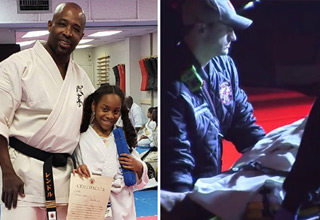