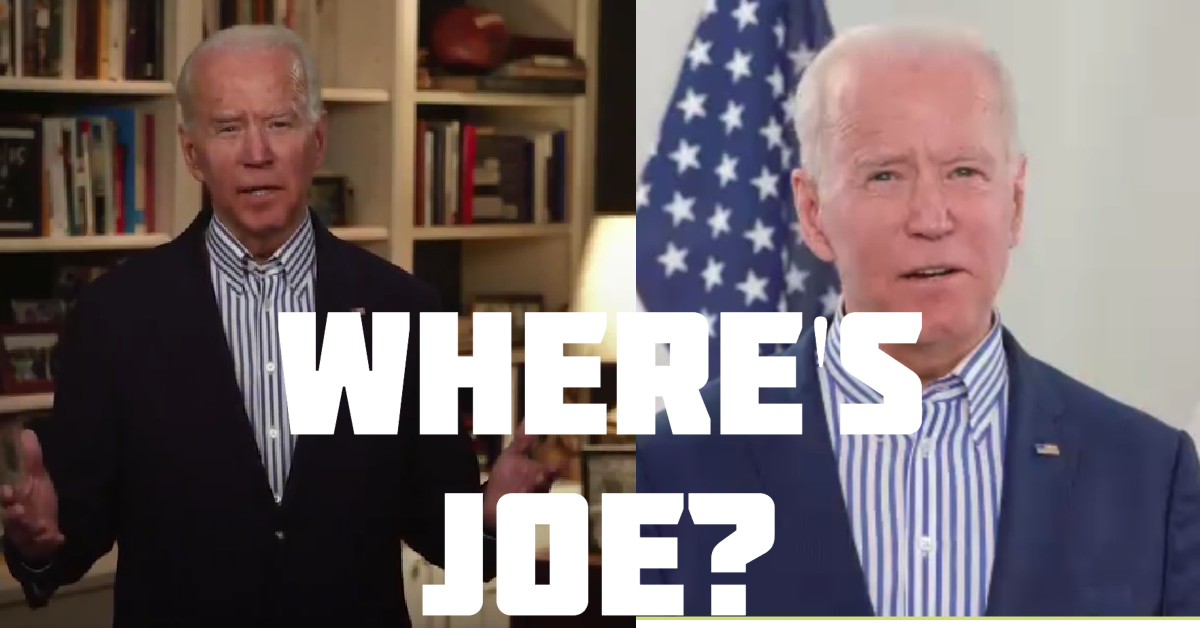 What the heck is going on with Joe Biden right now, and where the hell is he? The current Democratic Presidential Candidate front-runner has been oddly absent during the past couple of weeks. Both Bernie Sanders and President Donald Trump have been posting videos and live streaming regularly, but what about Joe?

Earlier this morning, he posted a video to his Twitter where he appears to be standing in front of a green screen.

is he standing in front of a green screen? https://t.co/lCww15PWCz

Listen Jack, here's the deal. And, y'know, it is a deal. There's a sayin' back home from where I come from, that if you want your sarsaparilla to be cold don't go playin' around in the oven. It's important to play, man. Think about it, but with the Cordoba virus thing you get... pic.twitter.com/3zG0aI0VXS

He's also wearing the exact same outfit from a video recorded from his virtual town hall on March 14th.

This was recorded several days ago with a new background added. It is the same exact outfit from his virtual town hall on the 14th. https://t.co/bXnbgyLjzP pic.twitter.com/OclvOxV1eA

it's absolutely incredible that in the middle of a major pandemic, one of the main candidates for president is failing to convince people that he is in fact still alive

People are also pointing out how nothing in this video is new or recent information.

The $500 billion figure was first reported around noon on March 18, six days ago. Nothing else in this video is current.https://t.co/mieSTGpj3v

With all of this, the conspiracy theorists of Twitter are posting their best guesses. Is he in a hospital? Is he dead?

Where, exactly, is Joe Biden? Does he even remember he's running for president?

As funny as it is, it's simply the same outfit. His flag pin is in a different spot. He's definitely in front of a green screen at the hospital

Does Joe Biden have coronavirus like is that man ok @JoeBiden 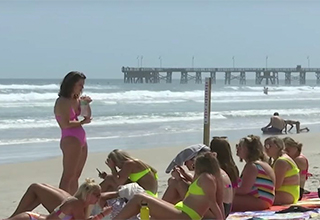