For this Wayback WHENsday, we're taking a look at one of the earliest instances of a brilliantly terrible video that was never meant to go viral in the first place.

"The Spirit of Truth" is a video that first surfaced online in 2006. In it, an erratic preacher floating around in front of a green screen is trying to preach the good word but keeps interrupting himself by swearing and calling the viewer a "bitch."

The guy in the video, Don Vincent or Vincent Stewart, is everything you want a preacher to be, but most preachers are too afraid to embrace. Because I'm pretty sure the bible doesn't have any rules against swearing.

These video clips came from a segment Vincent used to do on a public access show in the '90s called One Man Show.

As people discovered more of Vincent's amazingly bizarre clips, including ones of him pausing his sermons to let down his long, long hair and dance shirtless, they remixed them over popular songs of the time.

After being discovered, Vincent made appearances on The Howard Stern Show and Comedy Central's Tosh.0, where he revealed that his "Spirit of Truth" segment got cancelled because he once mooned the camera and told viewers to stare into his butt crack and "look for sin."

Vincent also showed off the tattoo on his middle finger that says "REPENT." It's his way to both insult people and encourage them to praise God at the same time.

For some time, Vincent ran his own YouTube channel under the name Tapper7765. He has since switched the name to REXRevX and uploads unedited videos of himself talking into the camera.

In a 2015 interview, Vincent claimed to be God himself and called out George Zimmerman and George W. Bush as murderers. The rest of the interview is almost incomprehensible.

Now he posts regularly on his Instagram page, where he has over 2,300 videos. He may not have the same high energy as before, but if you have time to give them a listen they're pretty entertaining.

For instance, one of his videos on COVID-19 claimed the virus was some kind of scheme to steal Social Security money. In another he threatens to beat up anyone who claims to be God.

You got one more time to say you're GOD?

Either way, it's nice to see this guy adapting to the times and still getting his messages–however confusing they may be–out to the people who need to hear them most.

Find more Wayback WHENsday features right here, but watch out for your sins. 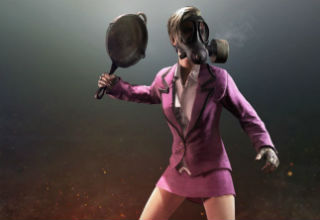