This past week on TikTok I noticed a new trend called the Pee Your Pants challenge. This challenge is exactly as dumb as it sounds, I can't believe the words I'm writing.

On April 18th, TikTok user by the name of Liamw2 uploaded a video of himself saying "Pee your pants challenge" as he proceeds to urinate in his pants on video.

Pee Your Pants Challenge? Now I've seen it all pic.twitter.com/ns7zbWGwyo

I don't know what was going through his head if anything, but he spawned many other people to take part in such challenge, even using his original audio.

I want this confidence pic.twitter.com/iWdliFIZhG

Some took it a little too far..

Why does this challenge exist? I blame the quarantine but also natural teenage stupidity. 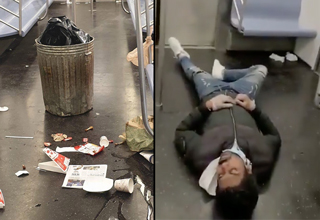