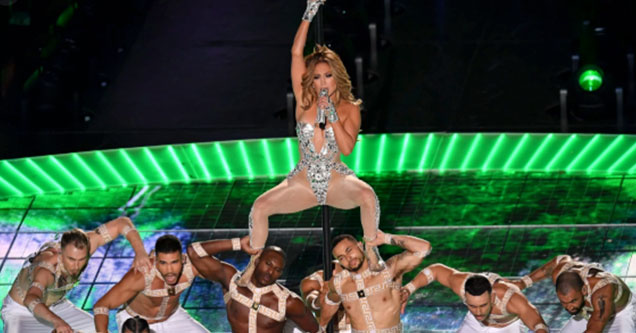 The Super Bowl is the biggest sporting event in the world, if you exclude literally all other major sporting events. Yet the best part about the Super Bowl (tm) is the halftime show. A time when American's come together and pray that a tit pop outs, or that some dork falls of the stage or a shark does something stupid.

But last night's Super Bowl (tm) halftime show rubbed some people the wrong way. Shakira and JLo put on a show of titillating proportions. You'd think Americans would like that right? Wrong.

I don’t expect the world to act like the church, but our country has had a sense of moral decency on prime time TV in order to protect children. We see that disappearing before our eyes. It was demonstrated in tonight‘s @Pepsi #SuperBowl Halftime Show—w/millions of kids watching.

The evangelical community was aghast by last night's performance. Not because it was a show put on by two Latina women or that there were hints of children being kept in cages, but because of sex. The most human thing there is, somehow is too much for many Americans to handle.

Super Bowl halftime show with Jennifer Lopez, 50, swinging and hanging from a supersized stripper pole and fondling her private parts while Shakira is "tongue-licking" the camera. Is this part of MeToo?

Forget our obsession with football, a overly violent sport that gives it's players brain damage, lets focus on the sex. Stripper poles? Crotch shots? Ass shaking? And Tongue flicking? How could they.

IMO... any guy who says they didn’t like the #HalftimeShow2020 is a liar!!! pic.twitter.com/KTxuBywNPk

People hating on Shakira and JLo:
“OMG this is a family friendly show” “I couldn’t let my kids watch that strip show” “these women should be ashamed of themselves” “why are they half naked”

Meanwhile everyday in the NFL: pic.twitter.com/WIj21bBb1o 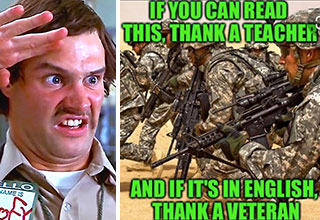 NEXT ARTICLE Breaking Down The Worst Military Meme Ever Made