Hailing from the town of Katowice in  Poland, the brewery was proud to launch the "world's first beer, made from vaginal lactic acid". Not quite as surprising, "Yoni," means 'female genitals' in Sanskrit.

The bottles comes with a label that "peels away" to revel the model from who the  underwear was used to create the alcohol, and a recommended "best sex position" to use while consuming the beer.

Monique in our beer and on the bottle's label

Imagine woman of your dreams, your object of desire. Her charm, her sensuality, her passion… Try how she tastes, feel her smell, hear her voice… Now imagine her giving you a passionate massage and gently whispering anything you'd like to hear. Now free your fantasies and imagine all of that can be closed in a bottle of beer. A golden drink brewed with her lure and grace and flavored with wild instincts.

Imagine a beer which every sip offers a rendez-vous with this hot woman of your dreams… she hugs you and kisses you gently, looking straight into your eyes… How much would you give for such a beer? We, the Order of Yoni, have prepared technology making creation of such unique beer possible. The beer containing quintessence of femininity. The technology enabling materializing her loveliness, gracefulness and character, giving you the possibility of conversion of a tasty beer into a date with real goddess.

The secret of the beer lies in her vagina. Using hi-tech of microbiology, we isolate, examine and prepare lactic acid bacteria from vagina of a unique woman. The bacteria, lactobacillus, transfer woman’s features, allure, grace, glamour, and her instincts into beers and other products, turning them into dance with lovely goddess.

(just think you could be drinking beer made from the panty juice of women like these...)

In a quite shocking turn of events, it turns out that beer made from the remains of used panties doesn't taste all that great as reported by a few of the early taste-testers of the beer.

One man who tried the beer (Grzegorz Majewski) said "People will try it out of curiosity, but I don't think it will be a regular addition on the table for beer lovers."

What do you think?  Are you going to try it? 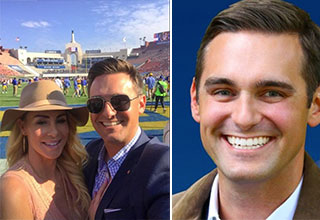