Warning: Viewer discretion is advised. Blood and moderate flesh wounds can be seen in the video.

When you were a young lad your Mom probably told you not to swim with sharks.

Well, apparently Freek Vonk, a presenter for dutch channel Bnnvara, didn't get that memo. Not only did he jump into the ocean to hang out with a school of reef sharks, but he aggressively pushed one away once he realized they're getting a bit close. After swimming away for a brief moment, that same shark returned to get a little taste of Freek.

See for yourself in the video above.

Freek later commented on Facebook saying that "these friendly sharks, like all sharks, are harmless to humans. Still, it went wrong. One of the sharks made a mistake and took a big bite out of my right upper arm. I knew right away, this is bad. In the 27 years that the Sharklab here is investigating, this has never happened before."

Freek would require a helicopter transport from Bimini Island to Jackson Memorial Hospital in Miami, Florida for surgery and more than 100 stitches before beginning recovery from the wound.

To this day he still doesn't blame the shark for biting him. 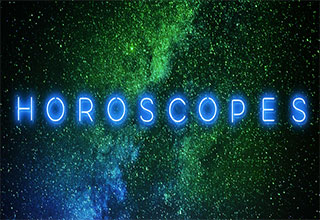