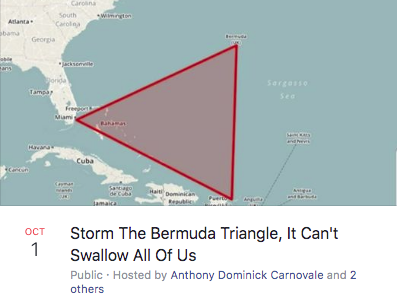 After the popularity of the "Storm Area 51" Facebook event, many other rivals and copycat events have popped up. One group in particular, "Storm The Bermuda Triangle, It Can't Swallow All Of Us," has been gaining some serious momentum. However, unlike the others, this one isn't a joke.

The event is scheduled for October 1 - 3 in Miami, FL with a plan to throw a party with live music and entertainment. It also says that the event will be free and all proceeds will go to cancer research and to a wildlife foundation. A GoFundMe has been set up with a goal of raising $175,000, although they currently only have $115 raised.

The most recent update on the GoFundMe page from July 18 says,

"getting some bands confirmed and on our way to affording to book the venue at north beach bandshell in Miami beach Florida. we want to book Trevor Moore and Pete Holmes for comedic stand up. love you all and thanks for the support!!"

Other updates talk about contacting the city of Miami for a permit as well as contacting an alcohol distributor.

If for some reason you're unfamiliar with the Bermuda Triangle, it's an area in the Atlantic Ocean between South Florida, Bermuda, and Puerto Rico that is famous for the mysterious disappearances of many airplanes and ships.

So, would you rather go to Area 51 or to a party in Miami? 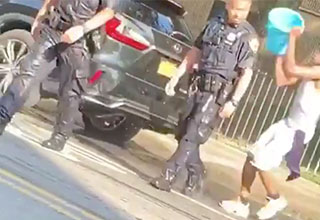