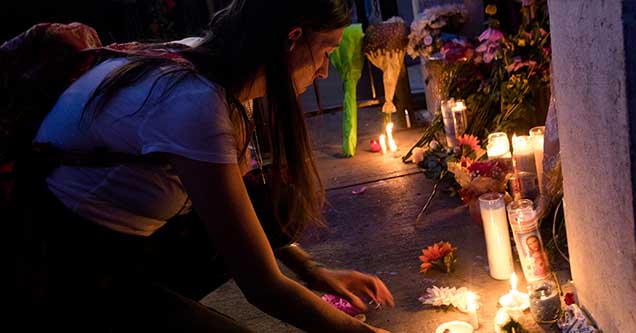 Another week, another set of mass shootings in America. It's a tragedy we've seen repeated entirely too often in this country - this time occurring at a Walmart in El Paso, Texas and then a separate incident in Dayton, Ohio just a few hours later.

Much of the country was still mourning the events of El Paso early Sunday morning when news of another mass shooting in Dayton started to break. Although shootings such as these have sadly become all too familiar in our news cycle, the fact that these occurred on separate sides of the country within just hours of one another clearly struck a nerve with a lot of people online.

#ItsGettingTooHardTo, a newly-trending hashtag on Twitter, is helping people express their fear and frustration over these events, as well as the American government's longstanding inability/unwillingness to take meaningful action towards curbing this epidemic of violence.

As a parent, I’m wondering if it’s responsible to raise my kids in the USA. What a terrible thing to think about.

Go Anywhere Even to a Grocery Store Or a Movie Theatre Without Fearing for your life And Safety???? #ItsGettingTooHardTo pic.twitter.com/KWVjPnrvH6

#ItsGettingTooHardTo see people die everyday in the USA. Having husbands, wives, mothers, fathers, sisters, friends all taken away from you and no one in power doing shit about it other than thoughts and prayers

#ItsGettingTooHardTo to go anywhere without the fear of being shot, let's face it you can't even take a kid to Walmart without paranoia

#ItsGettingTooHardTo ask America to do the right thing without feeling defeated. We need to curb the culture of violence that has gripped this country for far too long.

#ItsGettingTooHardTo be an American and say it's a great country.

#ItsGettingTooHardTo feel the safe the world we live in pic.twitter.com/NRamYOvE7N

#ItsGettingTooHardTo think America will ever fix its problems. We suck. pic.twitter.com/Nuky3YM0yC

#ItsGettingTooHardTo believe there’s still good in people. And have no fear of weather my state or city will be next. We have to change. We have to do good. “Policy & change.” pic.twitter.com/kQ0UM55629

#ItsGettingTooHardTo keep track of all the mass shootings.

Joe Biden thinks they were in Houston and Michigan.

In his #Trumpspeech, trump thought it was in Toledo.

None of these shootings are funny. But neither is the fact that these guys couldn't get it right.

#ItsGettingTooHardTo ask America to do the right thing without feeling defeated. We need to curb the culture of violence that has gripped this country for far too long.

#ItsGettingTooHardTo assure my three worried children that they are safe and everything will be ok. pic.twitter.com/34wwqTS2J4

#ItsGettingTooHardTo keep up with the news. every second a different tragedy my heart can't take it pic.twitter.com/BD1EKi5MMZ

Maybe things will finally change. Maybe this time around, our politicians will finally enact meaningful legislation to fix the source of the problem - whether it's guns, mental health, a culture of violence, or whatever else they believe it may be.

I'd love to be hopeful that change will happen in my lifetime, and that my children will grow up in a world where active shooter drills aren't as common as a fire drill. But honestly? It's getting too hard to be hopeful. 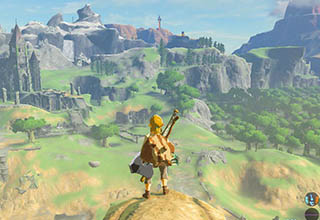