Take a look at this hotspot of family fun.

At a Cheddar's in Georgia, a misunderstanding over a parking spot blew up into a full-on fight between elderly art gallery owner Judy Tucker and a pregnant female soldier. The parking space debate quickly got brought inside the restaurant.

Then family intervened to defend their matriarch.

She started recording because they were calling her gay Black bitches so the white lady snatched her phone and wouldn't give it back pic.twitter.com/g2rCcnOv2s

Cops were called, and the responsible party was not happy with their judgment.

Of course she starts crying and playing victim when the officer tells her she's arrested for assault even thought they're were videos and witnesses everywhere pic.twitter.com/PuTMS3FTFK 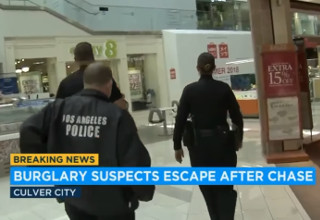