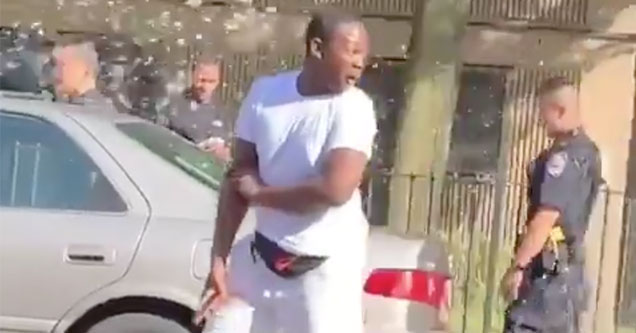 It was a hot weekend here in New York. So hot in fact, that the public took it upon themselves to help cool down police officers. There are actually two separate instances of the public dousing the police with buckets of water. The first was much more hostile than the second and took place in Harlem over the weekend. Video shows a few police officers who were making an arrest, attacked with buckets and other projectiles. And the second, shows police walking down the street, being drenched with buckets.

The first video is shocking and shows officers practicing great restraint while a group of kids and men run around laughing. At one point a young man throws a bucket at one of the officers heads before running away.

DISRESPECT: This is what #NYPD Officers are faced with today. Petrified to take action. #BlueLivesMatter @NYCMayor @BilldeBlasio @NYPDnews @NYPD73Pct pic.twitter.com/VRpVKBS5Jb

The public was not happy with how the officers in either video were treated and so soon Chief Terence Monahan, took to Twitter to call out this callous behavior.

The videos of cops being doused with water and having objects hurled at them as they made an arrest in #Harlem is reprehensible. NYC’s cops & communities have made remarkable progress — together — but EVERY New Yorker MUST show respect for our cops. They deserve nothing less. pic.twitter.com/mPtPPbUSGZ

Instances like these like to divide people, some say what's the big deal, it's a hot day and others say the public has no respect for officers, as if that's the biggest issues on the publics mind. We can agree that those cops felt were hot as hell before the dousing, but that doesn't mean they deserve a plastic bucket to the back of the head.

Reactions From The Web:

deblasio is ruining NYC. When you stop policing laws, you get lawlessness.Look at Oakland, San Francisco, and now NYC.The Rule of Law is under attack and we as a country need to go back to where we were before all of this non-sense was allowed. #RuleOfLaw https://t.co/3gU9hqpPLX 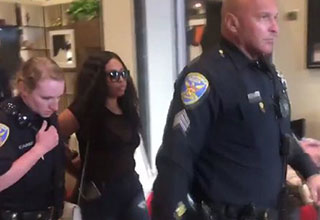