If you've ever had an email account or used an online service to buy or sell goods like craigslist or Facebook marketplace, you've almost certainly run into online scammers. There is such a wide variety of tactics and scams being used it's almost impossible to list them all. From fake rental listings, tech support scams, to even the classic "Some rich person overseas wants to leave you their fortune", it's clear some people will go to great lengths to try and trick people into giving them money.

The state of Washington found itself the victim of some scammers believed to be part of a Nigerian organization known as Scattered Canary, that stole upwards of $600 Million dollars from the state's Unemployment Insurance program. According to a report released by Agari, a California-based cybersecurity firm that has been tracking the organization’s activities, these scammers were able to use information obtained during various data breaches to file fraudulent claims for Washington residents.

Officials from the Employment Security Department acknowledged that because of the elimination of the waiting period between the time a claim is filed and the time the benefit is paid, the agency wasn’t always able to get verification from employers about a claim before payment was made. According to the most recent estimates, the state has recovered $357 million, leaving a net loss of $243 million. Efforts to get back more money are ongoing. The group accused (Scattered Canary) has been running scams for more than a decade, working to steal Social Security payments, student aid, and disaster relief funds, among various other things.

So, the next time you get an email from a suspicious-looking source or offering something that sounds too good to be true, just remember it probably is.

Check out this video of Youtuber Kitboga trolling the everloving shit out some super angry phone scammers: 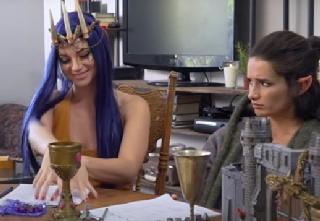 NEXT ARTICLE What's the Best Way to Play 'Dungeons and Dragons'? Roll 20