Claudia Conway is like every 15-year-old girl. She has a TikTok, loves dancing with friends, going to the beach, and oh yeah; she's also the daughter of Trump's counselor and TV pundit, Kellyanne Conway.

As outspoken as KKKellyanne is on TV, and being the queen of the "alternative facts" movement, you'd think the Conway household would be united in their beliefs.

But this is simply not the case.

She’s been encouraging people to leave 1 star reviews on all of Trump’s restaurants, hotels, and golf courses https://t.co/oyGU09o1Jr pic.twitter.com/7jQJl5he10

When Claudia was interviewed by Insider yesterday, she simply says "Growing up when your mom is Kellyanne Conway, it's really really hard to disassociate yourself with that image because people look at me and are like 'oh, that's Kellyanne Conway's daughter,' she must love Trump. In reality, I really don't".

And that opinion is very obvious from just watching a few of her videos. She's been using her newfound popularity to promote justice be taken to the killers of Breonna Taylor and other BLM messages.

According to Claudia, Kellyanne has also asked Claudia to take down her TikToks but she didn't. This story feels like an Onion article but instead, it's a fresh onion that promotes layers of social justice contradictory to her farmer's roots.

"I believe that ignorance stems from a lack of education and a lack of knowledge and I believe knowledge is power. Even if you have opposite views of me as long as you're informed and able to see both sides that's all that really matters." 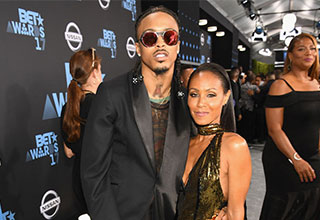