Recently, a 34 year old maned named Rajiv Chowdhury, was arrested by the Atascosa County police after a local ranch owner called them when he discovered the half-naked man sexually assaulting one of his cows.

Ted Bukowski (the ranch owner) went outside to check on a disturbance which he originally thought was his cattle being harassed by coyotes.  Much to his shock, he realized there was a half naked man involved in a sexual act with one of his livestock.

The ranch owner (pictured below) recalled the man's response when confronted about his actions.

“He said the cow was the reincarnation of his wife, and when I asked him what the hell he was talking about, he said the cow had the same eyes, smell, and taste of his deceased wife".

Regardless of the man's personal, philosophical, or religious beliefs, bestiality is currently illegal in the state of Texas (since 2017). Offenders face a maximum penalty of a one year in prison and/or a fine of not more than $4,000, according to legal experts. 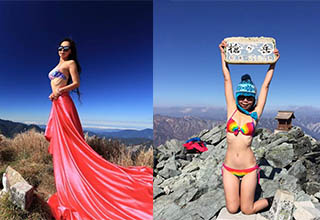 NEXT ARTICLE Bikini Hiker Falls and Freezes to Death in Taiwan