Christian Marie, a 40 year-old father of two, was killed by 7 inmates with various tools such as a homemade knife.

“They hunted girls. They lied to girls. They manipulated girls. … And they did so repeatedly, for years, victimizing more than 100 girls, only a fraction of whom have been positively identified." (ABC)

He ran a Facebook group called "The Bored Group" where he and other men would "create fake profiles and pose as adolescent boys on teenage dating sites including, MyLOL.com, Periscope, and YouNow. According to the investigation and federal officials, the men would also lure victims into cutting themselves on camera." (Rare).

The other seven men from the group involved in the trial have all been sentenced to more than 30 years in federal prison. They include: Arthur Simpatico, 47, Jonathan Negroni Rodriguez, 37, Michal Figura, 36, Odell Ortega, 37, Brett Jonathan Sinta, 36, Caleb Young, 38 and Daniel Walton, 34. (Newsweek)

At his sentencing, a female victim forecasted Maire’s demise, the Detroit News reported.

This story isn't fresh but I had never seen it before and felt it was important that more people saw the good news of this monster's death in such a weird time we are living in. 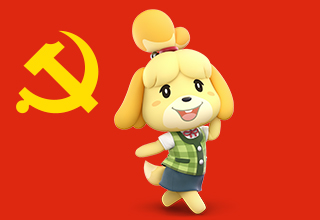 NEXT ARTICLE China Has Banned Online Gaming with All Foreigners