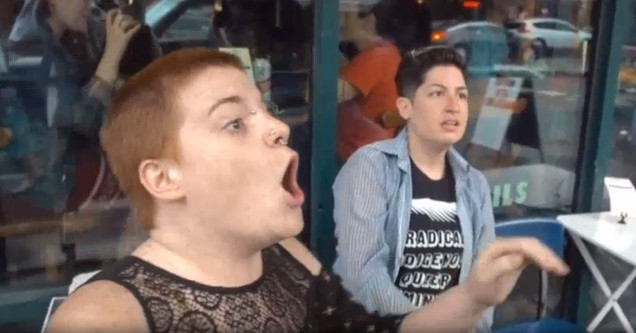 This week IRL livestreamer Ice Poseidon is in Seattle. Although his hometown of Los Angeles is wild in its own right, there's nothing quite like Capitol Hill, the district where he spent most of his time yesterday.

Before our very own RiverboatRon ran into him, Ice Poseidon came across two people outside of a restaurant. And then he made his first big mistake since arriving in Seattle: using a pronoun without asking first.

After saying "she", the person's friend began to freak out. See what happened below:

Notice at the end that the camera cuts away quickly. As it turns out, the person proceeded to flash the person's hairy private parts. Thankfully, Ice Poseidon managed to cut away quickly as to avoid showing nudity, which he has gotten in big trouble with YouTube for in the past.

Ice Poseidon talks about what happened off-camera and then gets chased by them in a follow-up clip, seen below:

As someone who recently moved to Seattle, I highly recommend asking for people's preferred pronouns while here. Although most people don't mind too much if you make a mistake, a fair amount of others do care. Better safe than sorry. 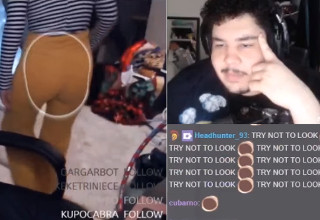