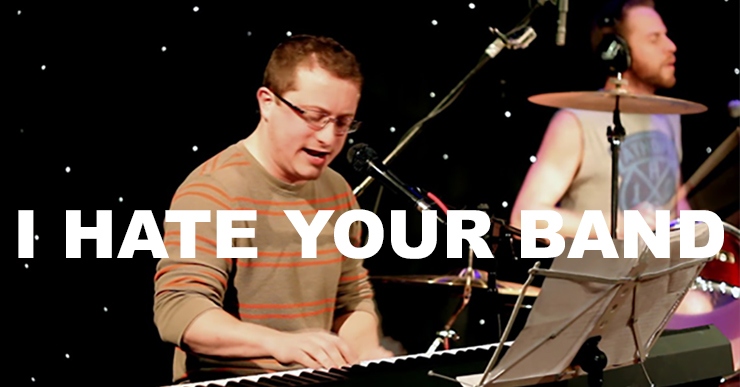 I have to admit, some actually really good bands have sent in their shit to us, as if to boastfully challenge us to try and insult them or something. But luckily now and then someone like Gamma Wolf comes along, and you think to yourself, here’s an easy target.

Gamma Wolf, like a lot of the bands you guys are in, isn’t objectively bad. And I think that’s why they suck the most. These guys sound like annoying music theory majors who have long-winded discussions at rehearsal about shit like if the bridge should have a minor seventh or not. They all probably work at Guitar Center and annoy the fuck out of customers with their didactic shpiels about their Line-6 delay pedals when all the customer wanted was the bathroom key.

The name Gamma Wolf had me hoping this was some heavy fucking metal with excessive shredding and unnecessary amounts of double-kick. It’s not. That was my first disappointment.

But the undeniably worst part of Gamma Wolf is little George Costanza on the keyboard. His O-groans and date-rapey whispers murmur cringeworthy lyrical cliches like, “Be the change you want to see in the world.” That line made me throw up a little in my mouth. He also plays with sheet music on a stand in front of him, which the metal version of Gamma Wolf that exists in my imagination definitely would never use.

The band’s general sound is like a jazz-ier, cheesier Ben Folds Five, which nobody asked for or wanted. If they weren’t preoccupied with musical technicality and tired pop-music tropes, they could definitely make something more interesting, but I think the motivation behind this project is similar to the motivation behind why one masturbates, and so it doesn’t really have to do with anybody else and is only done in order to please themselves. And they do seem pretty fucking pleased with themselves, which kind of pisses me off. It would likely piss off the heavy metal version of Gamma Wolf, too, which makes me like the metal GW all the more (in my mind).

Leave your own reactions to the band in the comments.

If you would also like to sacrifice your dignity for some publicity, send your music to yourshittymusic@ebaumsworld.com (please, no attachments, only links). 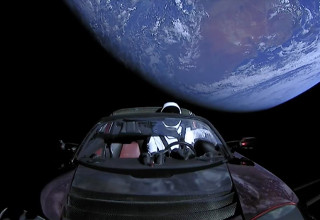