Get thirsty lads, 'cause it's bathwater drinkin' time.

A trailer for the new video game Gamer Girl has just about every woman who owns a joystick up in arms today.

They're upset over the game's premise, in which you play as a moderator controlling a woman's gaming stream, only the woman ends up being stalked and possibly assaulted.

I think I can speak for most women in gaming when I say: what the fuck, no https://t.co/8A7rspCaLl

You want to build a game that creates perspective for the harassment women endure? Build a game that EMPOWERS a woman's control, not one that strips them of it to manipulative influence of a mod.

Alternatively, get the free-to-play experience by logging on to Twitch and Twitter.

A simp-ulation, if you will.

Yes, so basically every girl streamers worst nightmare given life in the form of a video game. pic.twitter.com/xfGHZjusrG

If you support the Gamer Girl game, you are turning a blind eye to actual female streamers experiencing actual harassment from actual people.

THIS IS NOT A GAME, THESE ARE OUR LIVES AND REAL EXPERIENCES. https://t.co/Xhlm5CR30q

Sad how “gamer girl” is portrayed...

Bitch half dressed on live stream and isn’t even playing games??

Again.. appealing to the male “idea” of a gamer girl rather than showing an actually Gamer who is a girl :)

The game isn't meant for women gamers, but even as an "empathy game" like The Last of Us 2, which gives you a gun and tries to make you feel bad for using it, Gamer Girl doesn't look like it's gonna make any guy feel bad for gamer girls who get death threats online.

It seems more like a simulator for lonely dudes to make a real woman miserable (the game uses actual video footage instead of typical 3D graphics).

i don't _really_ want to seriously comment on the gamer girl thing b/c I know everyone else already is but:

gamer girl is absolutely disgusting. what do these men know of being a woman who experiences sexual harassment? it’s especially bad in the gaming community. this is not bringing any “awareness”. they just want your money. pic.twitter.com/OB8GlKFI2r

if u defend gamer girl u are probably not a women who experiences unwarranted sexual and non sexual harrasment. this game isn’t “bringing awareness” it’s a gross cash grab.

If that seems like the game for you, then just know that you're probably already making some poor woman's life miserable, so you don't need more practice.

Who knows, maybe one of the gamer girls complaining about it will hate buy a copy and have fun power tripping as a creepy moderator.

That's the best these developers can really hope for until some kid claims the game inspired him to become an expert level stalker.

The Gamer Girl team is comprised entirely of dudes left on read in your Tinder inbox pic.twitter.com/63EdMUItPI

The creators of Gamer Girl after single handedly ending sexual harassment with their shitty FMV. pic.twitter.com/18aaJlDPxA

The original idea for Gamer Girl was called Gamer Boy, but the devs couldn’t figure out how to make interesting gameplay out of an early 20’s white dude yelling the N-word & complaining about not making partner while playing Fortnite.

YOU CHOOSE THE AMOUNT TO PAY FOR FEET PICS

YOU CONTROL HER AMAZON WISHLIST

YOU CO-SIGN FOR HER NEW HOUSE

YOU PAY FOR HER BATHWATER & NOVELTY CONDOMS

YOU CHOOSE THE DONATION METHOD

YOU ARE THE SIMP

Live footage of the line forming at Gamestop to reserve Gamer Girl pic.twitter.com/MwR5vuE63Q 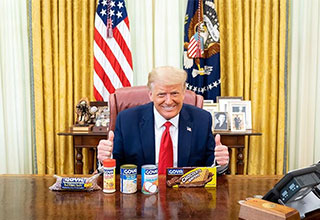