On Tuesday evening, a sheriff’s deputy in Palm Harbor Florida  asked a man to leave a park in the Saint Petersburg Suburb.  The park was closing and when the deputy asked the 22 year old (Andrew Leighton) for his name he told them it was "Ben Dover".

Leighton then gave the cop the middle finger and got in the deputy’s face “as if he was going to hit him.” Leighton attempted to flee on foot, but was quickly apprehended after a short chase. 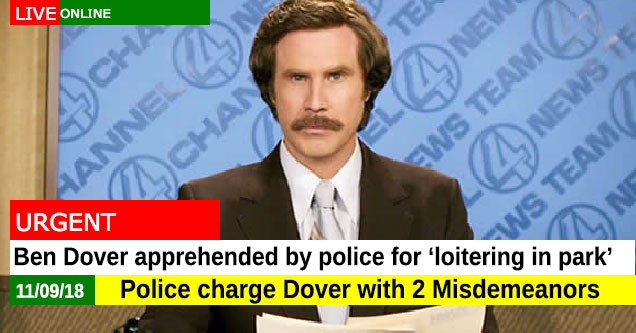 Leighton was charged with two misdemeanors: obstruction by a disguised person and resisting an officer.

Andrew Leighton was released from the county jail after posting a $300 bond. 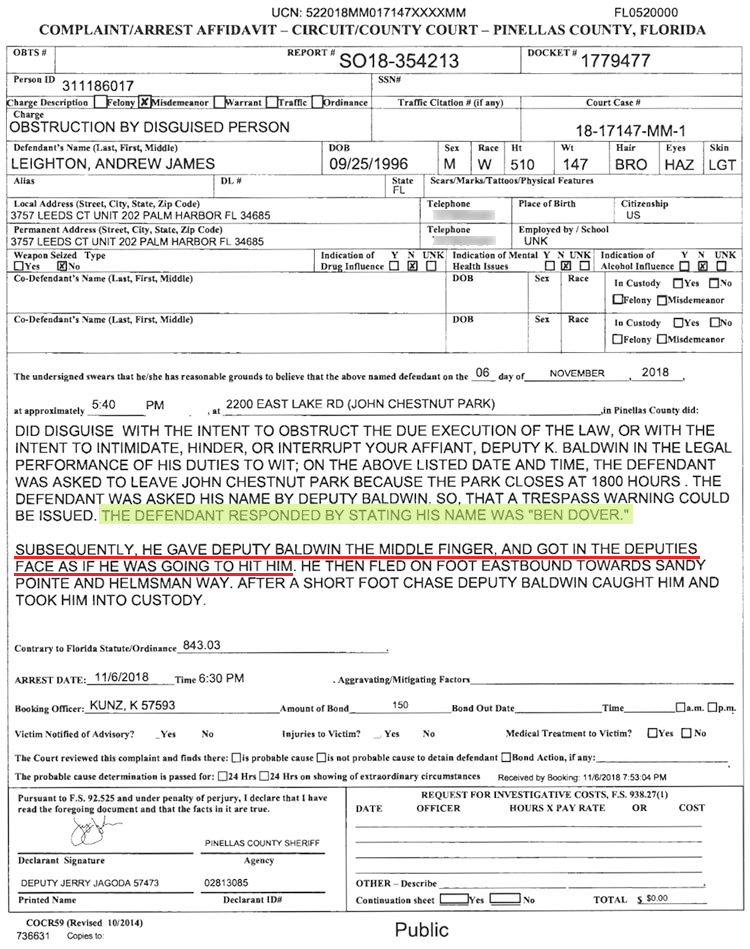 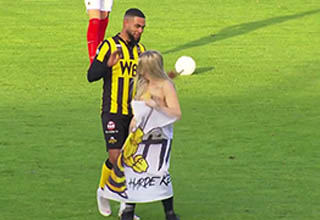