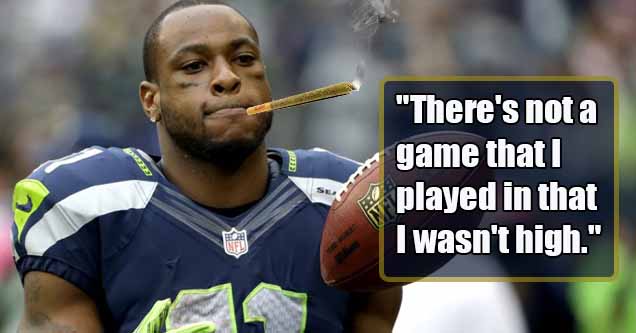 During a recent episode of Bleacher Report's 'Untold Stories', retired NFL wideout Percy Harvin revealed that he used marijuana extensively throughout his time in the league.

Harvin, who was a star receiver for the Minnesota Vikings and helped the Seattle Seahawks win a Super Bowl, also dove into other notable moments from his time in the league, including the famous fight he had with fellow Seahawks teammate Golden Tate, which ended with Tate receiving a black eye right before picture day for the Super Bowl.

Harvin says his anxieties often got the best of him during his NFL career, and his mental health is something that he was still learning how to deal with at the time. The most bombshell revelation from his interview, however, was that he smoked weed all the time to manage his anxiety, stating, "There's not a game that I played in that I wasn't high."

Check out the full clip below:

Many on Twitter couldn't believe the news, considering just how ferocious a competitor Harvin was on the field during his prime:

You mean to tell me Percy Harvin was high when he did this? Mannnn if y’all don’t unban marijuana in the NFL ‍♂️ pic.twitter.com/c3XwqZCWED

Percy Harvin while Legion Of Boom was on the field.......pic.twitter.com/21KqGZu02N

Some of the best reactions, however, came from people comparing Harvin being able to get away with that level of drug use when other notable players like Josh Gordon suffered massive penalties:

Calvin Johnson: I smoked marijuana after every game
NFL:

Percy Harvin: I was high DURING every game
NFL:

Calvin Johnson admits to smoking weed in the NFL.

Percy Harvin admits to smoking weed in the NFL.

Josh Gordon to the NFL: pic.twitter.com/55fqFpHqMP

•Percy Harvin: “I used to smoke weed before every game”

Percy harvin : I used to smoke weed before every game
Josh Gordon : pic.twitter.com/pSWlQynbpL 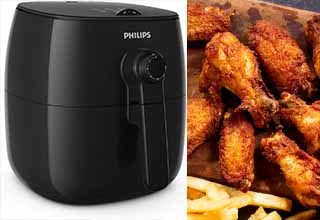 NEXT ARTICLE I Bought an Air Fryer, Fried Chicken Night Will Never Be the Same