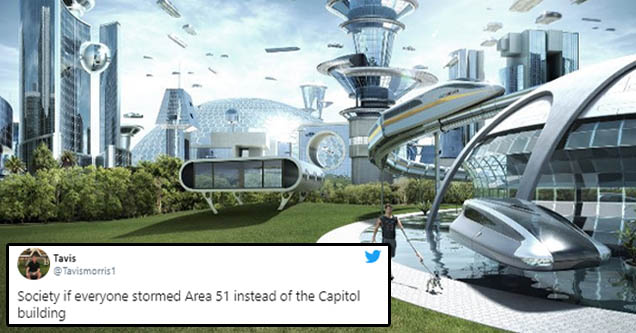 Remember 2019? We were all laughing about butthole tanning and an internet 'plot' to storm Area 51? It really was a simpler time!

History repeats itself in odd ways, though. Yesterday, pro-Trump extremists forced their way into the Capitol Building in an attempt to disrupt the certification of President-elect Joe Biden's electoral college victory, vandalizing and looting multiple Congressional offices. 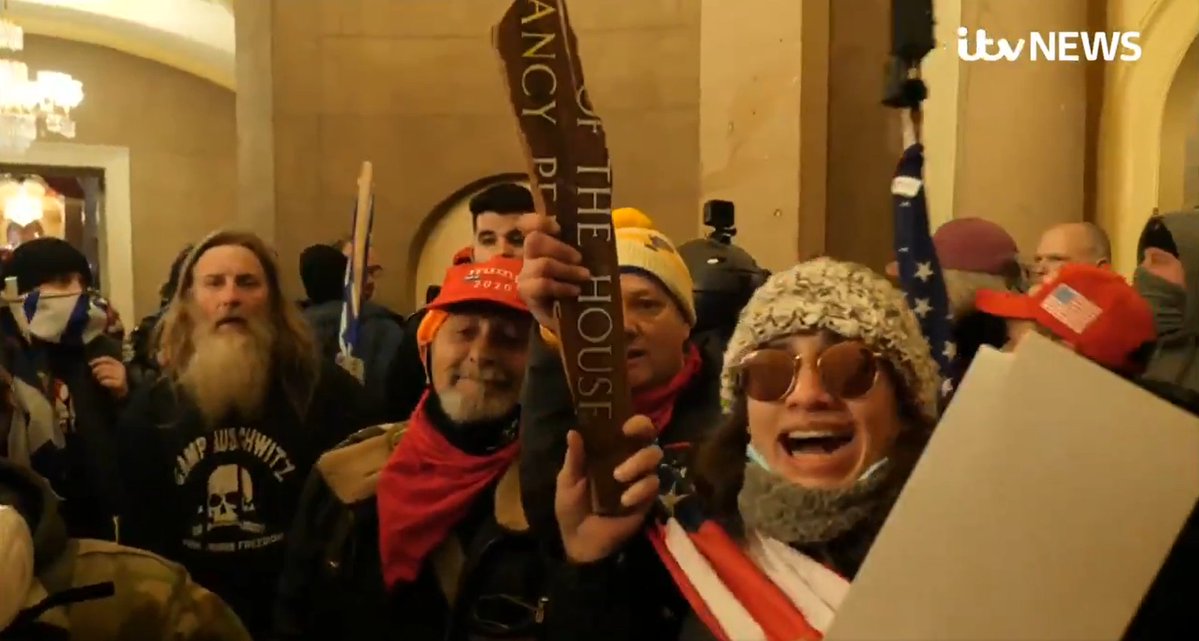 While those events are certainly historic in their own right, they also re-ignited interest in the whole 'Storm Area 51' movement, which gave us some truly fire memes last time around.

The Capitol Police's haphazard and frankly embarrassing response to yesterday's rioters led to plenty of jokes about how ridiculously easy it was for the MAGA crowd to waltz into what is *supposed* to be one of the most secure buildings in our country, the seat of our entire government. 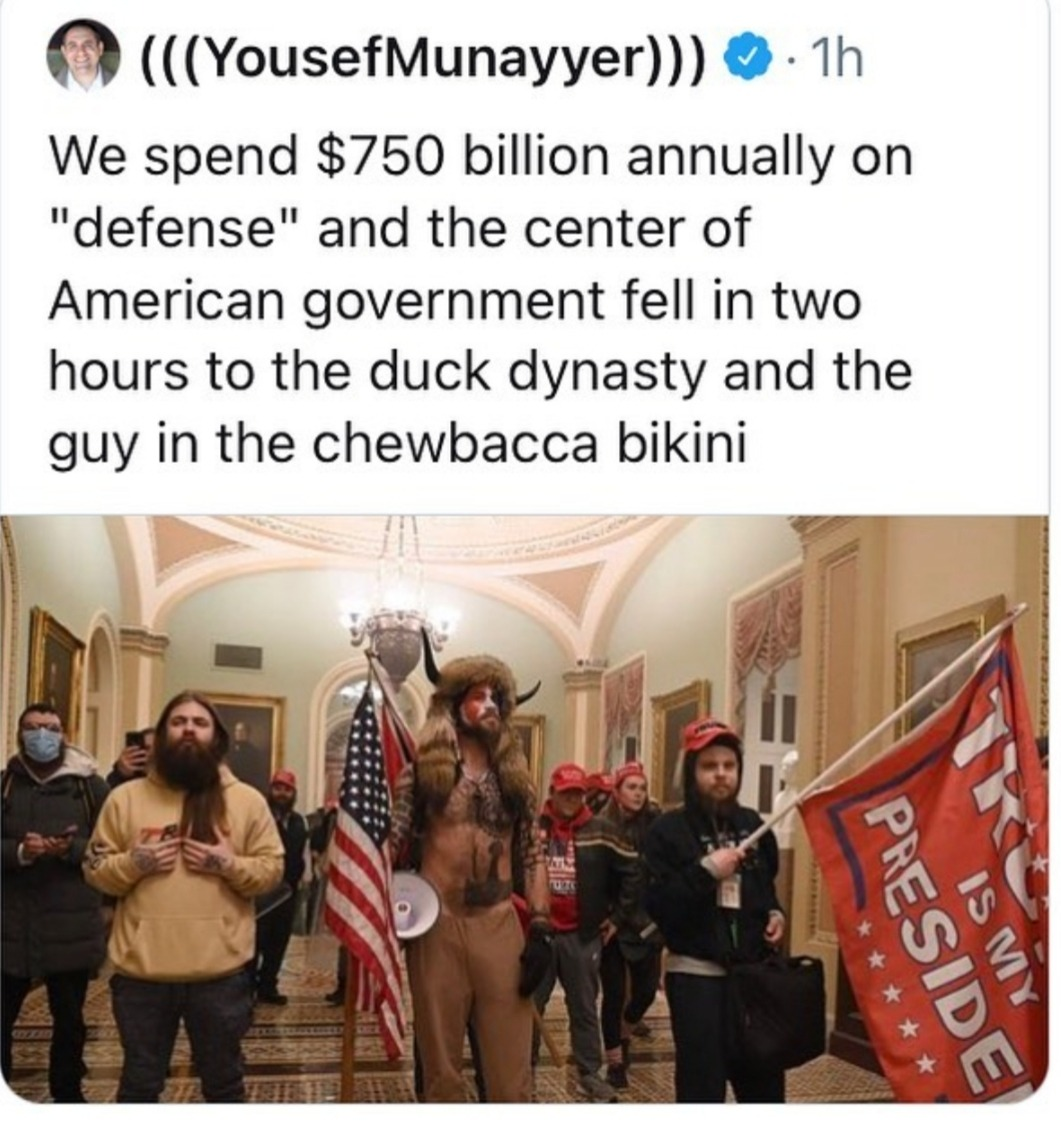 It led some to idly speculate that maybe a raid Area 51 isn't as impossible as we've been led to believe:

This the person who stormed the capital?!? Beginning to think I should give this Area 51 thing a go again pic.twitter.com/aBHsxRI6qP

Me and the boys going to Area 51 after seeing how easy it was to get in the capitol building pic.twitter.com/RX9TyhfW4E

this tells me we def could’ve stormed Area 51

Me n the boys walking into Area 51 after seeing how well they defended the capital building. pic.twitter.com/6yLQpeZjQ5

How I’m walking into Area 51 after seeing the dogshit security at the US Capital building. pic.twitter.com/GkQgU9ngPX

Society if everyone stormed Area 51 instead of the Capitol building pic.twitter.com/ZPrYiMO7Wd

Me runnin into Area 51 while the country distracted pic.twitter.com/7o2Jq1QOQ3

Why didn't ya'll bring this "Storming the gates" energy with you to Area 51!? pic.twitter.com/7L9S0dVNTx

the US the US
defending defending its
Area 51 own capitol pic.twitter.com/szCTIaYc3h

What makes this all so crazy is that the Area 51 movement was literally created as a meme that eventually got a bit too big for its britches, while the plot to storm the Capitol was definitely a more realistic threat. Guess which one was investigated by authorities prior to s**t going down?

so apparently this is all was organized through a facebook event called “occupy the capital” and i can’t help but think about when people jokingly made a “storm area 51 event” and the literal FBI showed up.

All in all, yesterday was definitely a wild ride on Twitter.

Other countries waking up and seeing Area 51 memes resurface, US Capital being raided, and #civilwar2021 trending pic.twitter.com/otVC8H3Q2R

me after kim and kanye divorce, kanye and jeffree star hook up, civil war, and area 51 have all been trending in one day pic.twitter.com/29iNeanu00

So yeah, the new year is already another unmitigated s**tshow, but at least we've got Area 51 memes again!

The Area 51 memes are back and I’ve never been happier pic.twitter.com/hnA09LqDtm 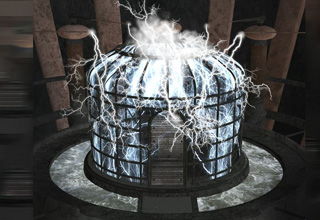