Now that fantasy is coming true in the form of a TikTok trend where naked girlfriends surprise their gamer boyfriends and film their reactions.

The challenge kicked off when a woman filmed herself walking in naked on her boyfriend playing Call of Duty and he jumped off the couch, ready to pounce on the moment. (Not sure why he was already half naked himself, but maybe he was just in a really intense match.)

Gamers and their girlfriends have been spreading the trend quickly, generally to the same response: the boyfriend, mouth agape like he's never seen a naked woman before, drops his controller and runs over.

None of the videos contain any female nudity, although there's a couple of pairs of fuzzy man boobs to keep things fresh.

The best entries however are from couples interrupting one another's work day with a quick dose of nudity.

Loud kids walking in on their parents' video calls are no match for a butt-naked partner surprising you during a conference call with the office. (Or the even braver souls who expose their own privates on Zoom.)

Guys have also gotten in on the fun, coming in hot while their girlfriends are working from home, but they don't get the same reactions. According to this limited viral video experiment, women apparently only find it funny or annoying when their boyfriends offer them surprise nudity.

Just remember if you plan on walking in naked on someone, make sure you showered within the past 24 hours.

When you’ve been doing nothing but playing video games and your girl still doesn’t to the naked walk in challenge. pic.twitter.com/W1CxI8mIeH

Why does everyone doing that walk infront of your s.o challenge naked challenge have some busted ass unseasoned chicken looking feet all in the camera like ew

seeing these “walk in on my boyfriend naked” challenge pic.twitter.com/K4yMPVf7NX 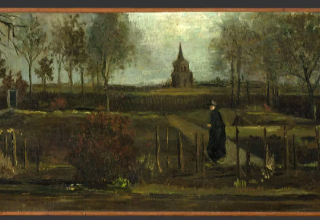