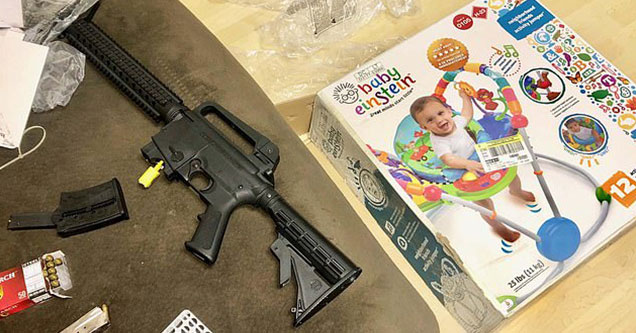 This bizarre story comes no other place than the great state of Florida, where buying baby toys at Goodwill could possibly net you a fully loaded semi-auto rifle for the low price of ten bucks.

Veronica Alvarez-Rodriguez stopped by a Goodwill Valparaiso, Florida over the weekend and bought a Baby Einstein's bouncer set-up for $9.99, that she then later gave to her friend and soon to be father, Jonathan Rosas.

When Rosas opened the box he shouted, "you got me a gun?", to which Veronica was left dumbfounded. She later said in a post online that it was, 'hella funny and creepy at the same time - they were all busting up thinking we pranked them and me and Fabian were like holy shit that is not supposed to be in there.'' 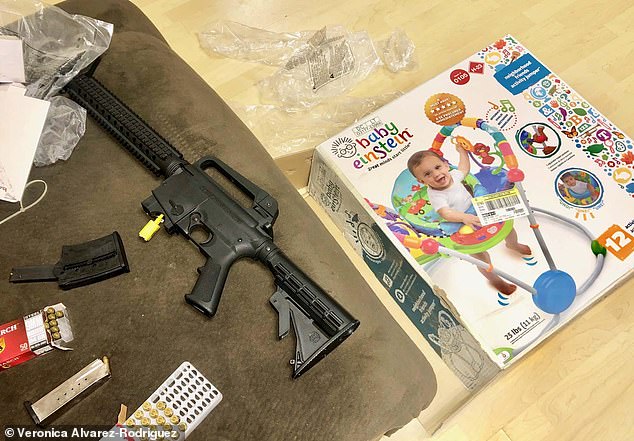 The couple hosting the party did call the Crestview Police Department and has officers some out to check on the gun and those at the party. Police were just as shocked as the party guests and one officer offered their own theory, that someone wife got mad at her husband and so she unloaded one of his guns for him. And the first responding officer said the serial number was clean the father to be could with the gun as he pleased. But Alvarez joked online that, "the gun now belongs to Baby Jonathan who is due to enter this world any day now.'' 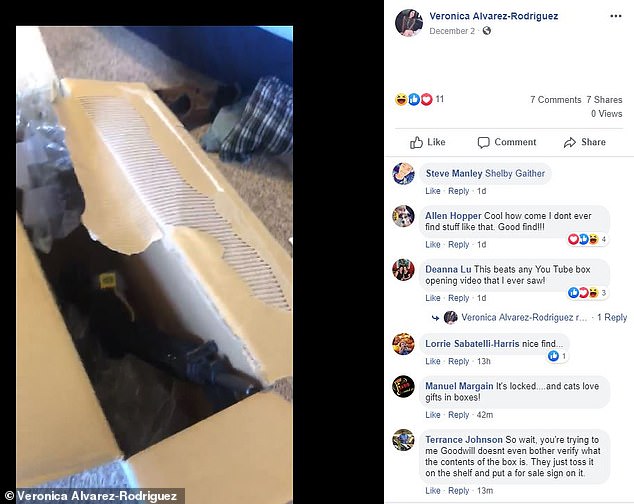 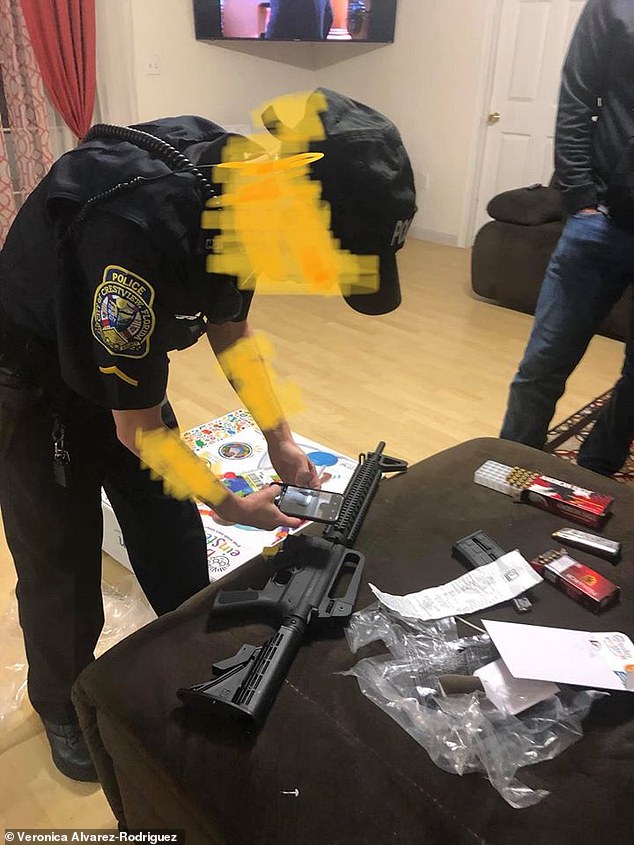 The police did later come back and confiscate the gun for 90-days, after which it will be given back to the family. The situation still remains under investigation as police have no idea how it ended up in a the Goodwill toy box. 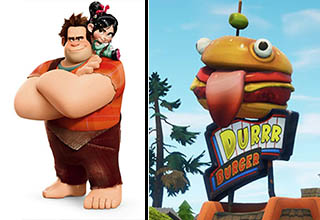 NEXT ARTICLE People Are Getting Tricked into Googling 'Fortniteburger.net' and I Recommend You Don't Do It