There has been a lot of talk these last few months about police brutality in America and what it means to hold those who are sworn to protect us accountable for their actions. Well, last year during the NBA Finals, Raptors team President, Masai Ujiri got into an "altercation" with a police officer, while trying to gain access to the court for the team celebration, or at-least that was how the news was framed.

At the time all we knew was there was an altercation and that the police officer involved decided to press charges against Masai, claiming he had a "violent disposition" and and "evil motive amounting to malice". Strickland the officer who filled the suit claimed Masai "struck him in the face with both fists" and that he had shoved him so hard onto the court that he had suffered injuries to his head, jaw chin and teeth.

That cop is such a fraud pic.twitter.com/a8gjZYfX8c

In addition, Strickland claimed her suffered permanent nerve damage and "emotional distress". Back in March, KTVU broke a story that in 1994 Strickland has been arrested and charged with insurance fraud, raising questions about his characters. And well, today Masai Ujiri's legal released security body-cam footage as well as area footage of the incident and it paints a much different story than Strickland claimed.

Masai Ujiri's legal team has released this body camera footage of his encounter with a sheriff's deputy as he tried to walk onto the court at Oracle Arena after the Raptors won the 2019 NBA Finals.

In neither video does Raptors President Masai Ujiri strike, Strickland in the face, and there is no footage of him "falling" to the ground. What can be seen however is a police officer starting an altercation and continuing to insight it even when people around intervene. You can see Masai push the officer back, but only after he was pushed twice. No where is there a punch and nowhere does he fall to the ground.

Now imagine if this person weren't the President of an NBA team standing in-front of 12 thousand people. Imagine what would happen then. 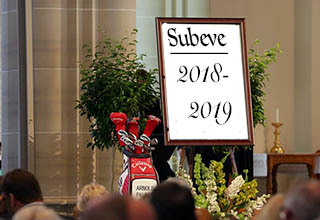 NEXT ARTICLE The SBEVE Meme Needs To Die