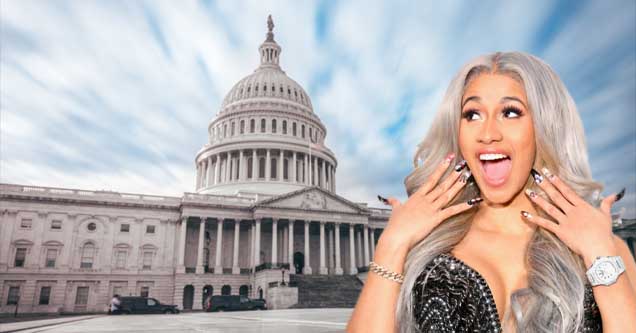 Cardi B is a woman who wears many hats - rapper, actor, TV personality, fashion icon (for some people at least), entrepreneur, wife, and mom are just a few of the titles she can lay claim to. Now, she's apparently got her sights set on something else: Congresswoman.

The 27-year-old artist recently tweeted about her political aspirations, stating that she felt she could really "shake the table."

While this is the first time that Cardi has publicly put out any desire to become a politician herself, she's certainly never shied away from political discussion in the past. She famously endorsed and campaigned for Sen. Bernie Sanders during the 2016 election, referring to him as "Daddy Bernie."

Who remembers when @iamcardib endorsed Bernie Sanders for president?#DaddyBernie pic.twitter.com/0GaJzsr8cM

Cardi is also supporting Sanders' 2020 Presidential bid, and even interviewed him personally:

Sanders even gave her a shoutout during his rounds on the late-night TV circuit:

This makes me so happy ! I know my High school history teacher is so happy believe it or not guys I was in advance placement in high school for Government and history it was a subject that I learn fast cause I naturally love it! I even took more classes in college but I dropped out cause money came first and I was also a chasing dirty ass men but w.e....anyways I want us this year to get more familiar with or candidates “democratic my preference “ Take a little bit of our time and open our eyes on what’s going on in this country and how we can change it.

She's also previously called out President Donald Trump over a number of issues, most notably the government shutdown:

I know a lot of ya do r watch the news so I’m letting ya know shit getting real .....I ain’t going to say nothing much tho I don’t want mofos to off me.....ANYWAYS TWERK VIDEO OUT NOW

According to Cardi, her favorite subject in school was history and she was even in the advanced placement classes before she ended up dropping out.

Still, there were obviously plenty of users on Twitter who's responses to Cardi's desire to run basically amounted to "Please don't." 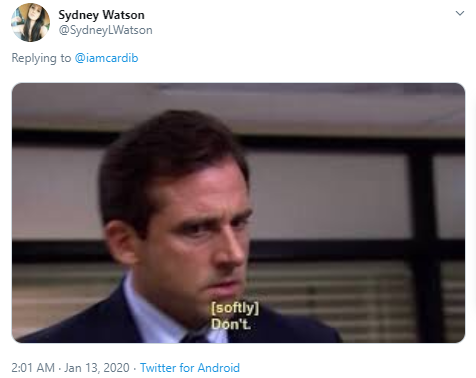 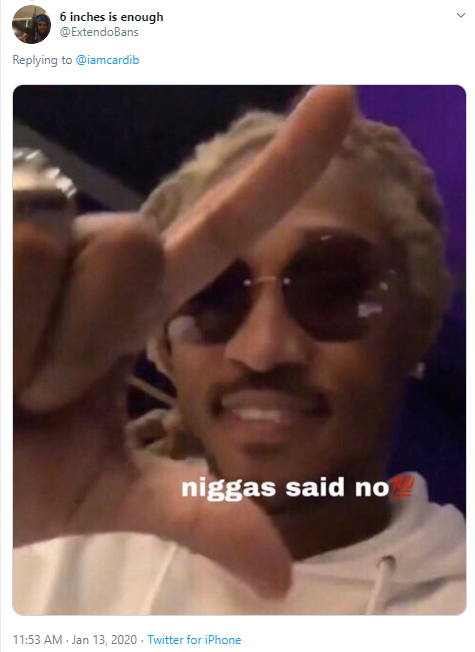 Hilariously, one of the criticisms many conservatives hurled at her was that her poor spelling and grammar were potentially disqualifying:

Considering these are the same folks who will cheer any 3:00 am tweet by President Best Words, I'd probably take that particular critique with a grain of salt.

Of course, there were also plenty of folks who were more than enthusiastic about Congresswoman Cardi: 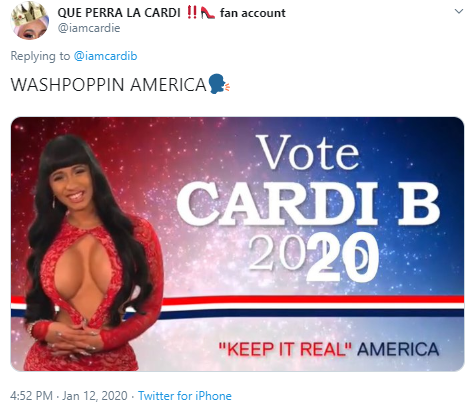 Love it or hate it, there's definitely at least one thing we can all agree on when it comes to this issue: 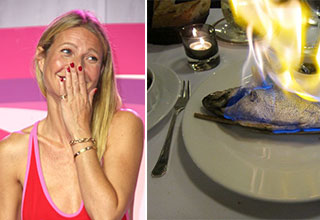 NEXT ARTICLE Gwyneth Paltrow Sells Out Her Vagina Candle