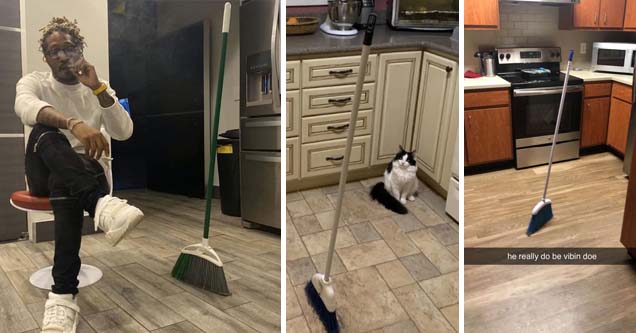 If you spend a decent amount of time online then you may have noticed there's a new challenge that's sweeping Twitter right now. The #BroomstickChallenge claims that, according to NASA, there's a very special gravitational pull happening today which allows broomsticks to stand upright completely on their own - no strings, no props, no gimmicks. Just a broom and some gravity, y'all.

As far as we can tell, this Tweet is what started the ball rolling (and also made the claim that NASA told people to do this):

Okay so NASA said today was the only day a broom can stand up on its own because of the gravitational pull...I didn’t believe it at first but OMG! pic.twitter.com/M0HCeemyGt

It wasn't too long before rapper Tory Lanez tried it out for himself and posted it to TikTok and Twitter, which definitely helped it go even more viral:

HOW IS THIS BROOM STANDING !!!! I NEED ANSWERS @NASA pic.twitter.com/dqX7Dszu6Z

Other celebrities who tried to get in on the fun included the likes of Paula Abdul, rapper Future, and politician Lee Chatfield.

Pajama broom challenge What are you doing on a Monday Night?! #broomchallenge pic.twitter.com/1DU7q9bZp4 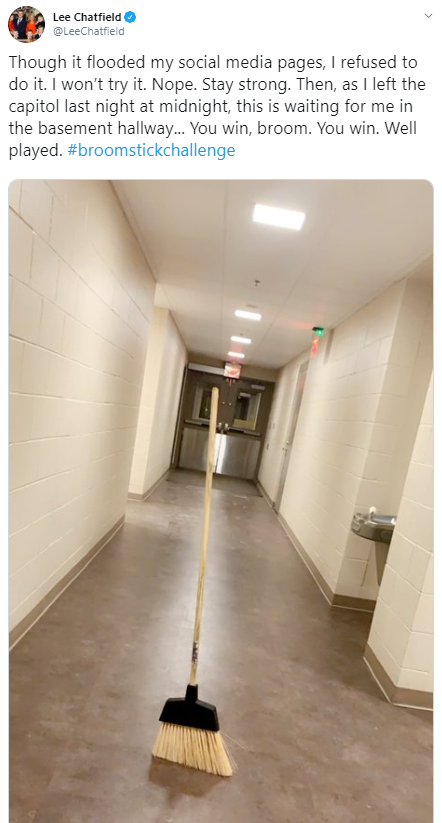 Naturally, there were also PLENTY of regular folks tweeting out their own versions of the challenge as well: 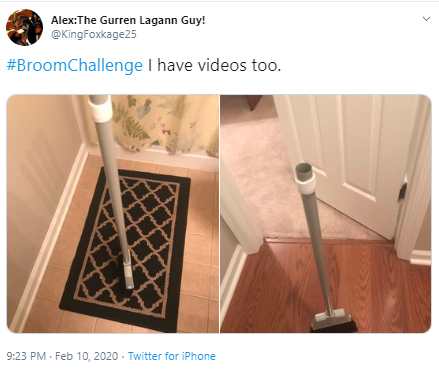 Tried that broom thing and it worked lol i had to make a video #broomstickchallenge pic.twitter.com/zFdybPDmeE 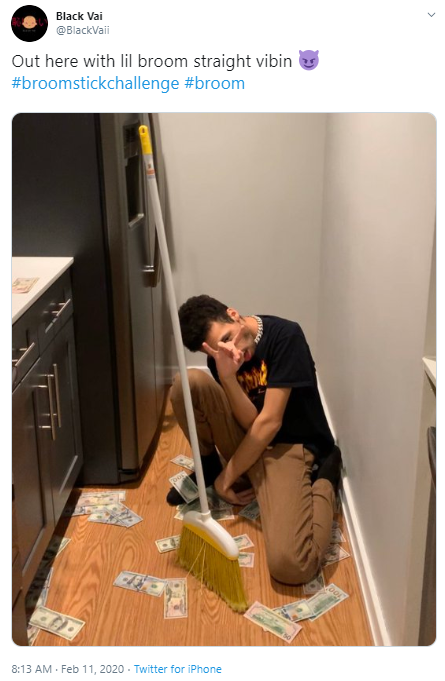 Sadly, while it's definitely a lot of fun to pretend that this has something to do with mysterious interplanetary forces, special gravitational alignments, and/or the spring equinox, the fact of the matter is that it's just simple physics. Most brooms tend to have a very low center of gravity directly above the bristles. If you can position the bristles in the right way, your broom will stand up any day of the year.

As a matter of fact, this isn't even the first time this particular phenomenon has gone viral. CNN actually did a debunking video about it back in 2012:

There you have it. Go forth and balance your brooms whenever you'd like! Just don't forget to actually *use* them once in a while too.

Based on some of these #broomstickchallenge photos - some of y'all need to stop standing them up and start moving them from side to side. pic.twitter.com/HR3gIzXO7j 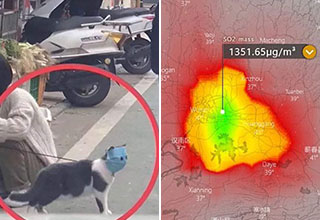