The one feverish symptom no doctor could predict of COVID-19 is developing a senseless horniness for New York Governor Andrew Cuomo.

But after weeks of Cuomo appearing on daily press conferences and televised interviews to provide updates on efforts to combat the novel coronavirus in the hardest hit state in the country, some people's minds started melting, causing them to claim they are #Cuomosexuals.

A flamboyant YouTuber named Randy Rainbow is responsible for launching the term into the digital airspace, where it caught on with a fury.

From now on I identify as #Cuomosexual... #StayHome #NewYorkTough ♥️ pic.twitter.com/5GzJziTdnh

In addition to the ardent Twitter users fawning over both Andrew Cuomo and his brother and TV news journalist Chris Cuomo for simply taking the virus seriously, publications like Vogue and Jezebel have published articles claiming to be "in love with Andrew Cuomo."

And with many Democrats feeling forlorn about voting for Joe Biden, they're looking at Governor Cuomo through 'rona tinted glasses, wishfully thinking him to become a presidential candidate (and for sex columnist Chelsea Handler, much more than that).

But time and time again, more mindful people are happy to blast #Cuomosexuals with plenty of reasons why Cuomo is not the great leader they're suddenly painting him to be.

I didn't know so many people can get hot from court ordered fortunes stolen from public schools as our kids will need them more than ever. Because that's what Cuomo's doing during COVID.

Andrew Cuomo ran a homophobic slogan for his dad’s gubernatorial campaign in the 80s “vote Cuomo, not the homo” so fantastic work to everyone tweeting #cuomosexual for finding a way to make your new crush on the guy cutting Medicaid during a pandemic somehow even more disgusting

#cuomosexual was trending and I thought people found his father's old flyers. pic.twitter.com/ZtpLcgNaK2

Explain to me why #Cuomosexual is trending again?

Just looking at his political track record, it's easy to see that Cuomo doesn't support a lot of fundamental issues that Democrats want to see pushed forward.

The whole thing is a great reminder of how blinding herd mentality can be and how important critical thinking is, especially in a time of crisis.

The only good thing to come out if it are the die-hard Weezer fans who read the hashtag a little differently: 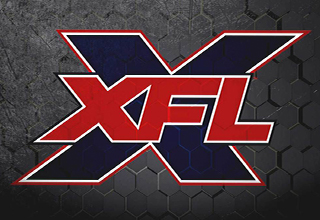 NEXT ARTICLE XFL Laid Off All Employees; Has No Plans to Return in 2021