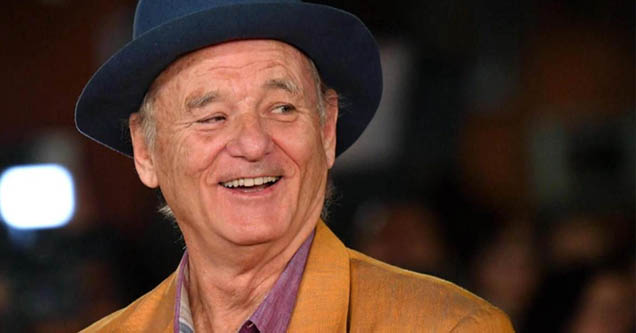 Bill Murray has done a lot over his career: comedian, actor, writer, filmmaker, baseball team owner. Yes, Murray has done it all - that is, until he revealed a currently unfulfilled aspiration to becoming an employee at P.F. Chang's.

Appearing on an episode of comedian Amy Schumer's podcast, '3 Girls, 1 Keith,' Murray was asked about the one job he'd like to do besides acting. The 69-year-old (nice) actor replied, "I did fill out an application at P.F. Chang's at the Atlanta airport, because I think that's one of the great places."

He also added: "It looks like the best time."

The restaurant chain has since responded to Murray's application via Twitter: 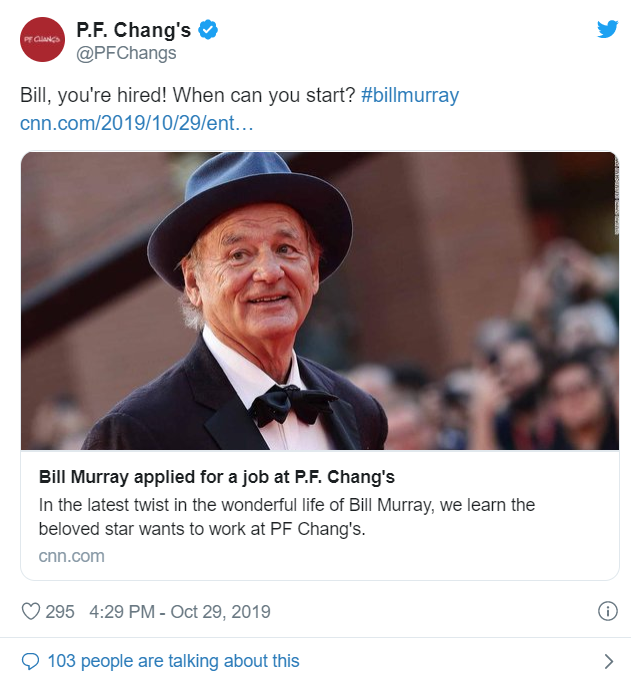 Murray is notorious for his weird sense of humor - most notably for the hilariously random real-life encounters people have had with him - so his newfound career goals aren't exactly surprising news, but they're entertaining nonetheless. To listen to the full episode, where Murray discusses various other topics such as getting drunk with the Wu-Tang Clan, click here. 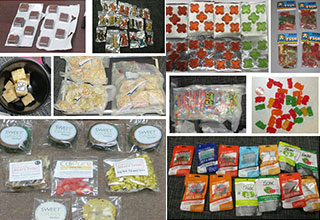 NEXT ARTICLE No One Is Giving Your Kids Drugs On Halloween