Recently, Australian officials found themselves dealing with another drone-related incident, for which there aren't any clearly defined laws. You may remember the man who faced a $9000 fine for using a drone to pick up and deliver some food to his friend, well this time the CASA (Civil Aviation Safety Authority) is dealing with a man who used a drone to fly himself over a lake and enjoy some "fly fishing" (literally) and an ice cold brew.

Currently CASA is trying to figure out if the man seen using a homemade drone to lift himself into the air,casting a line into a lake, and reeling in a fish is in breach of any aviation laws.

The Footage was uploaded to the "UAV Me Facebook" page and shows a man in a plastic chair hovering several meters above the waters of Upper Coliban Reservoir in central Victoria.CASA Spokesman for CASA Peter Gibson told reporters:

"This is a first for Australia, to have a large homemade drone being used to lift someone off the ground," "It's really not a sensible thing to do in any way, shape, or form; there's lots of things that could have gone wrong, someone could have been seriously injured." "It'll take some time for us to gather the information, analyse all that, [and] determine what the appropriate course of action is." 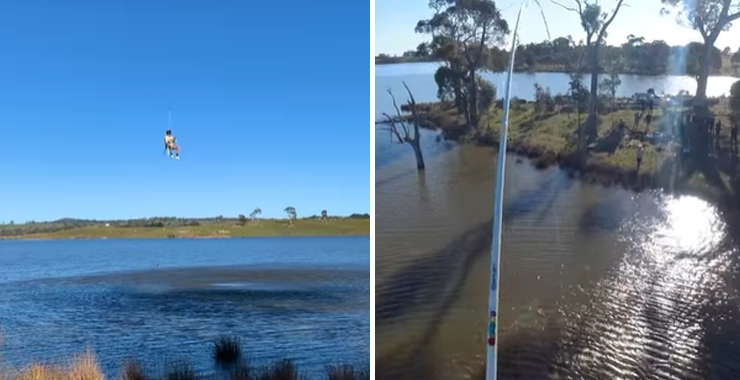 Gibson suggested that if the incident is found to be in breach of aviation regulations, it could result in penalties of more than $10,000 in fines. While the stunt seen in the video went off without a hitch, officials noted there were many ways it could have ended badly such as the strong winds carrying the drone into trees or power lines, motor failure which could send the into the waters below, and even a possible malfunction that could result in the man being lifted much higher into the air which could make falling from such a height fatal. 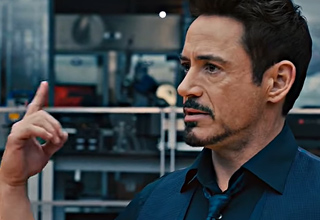