There is a Measles outbreak in parts of Oregon and Washington state and while that in itself is kind of mind-blowing, officials are placing the blame on people who refuse to vaccinate themselves and / or their children a.k.a. Anti-Vaxxers. 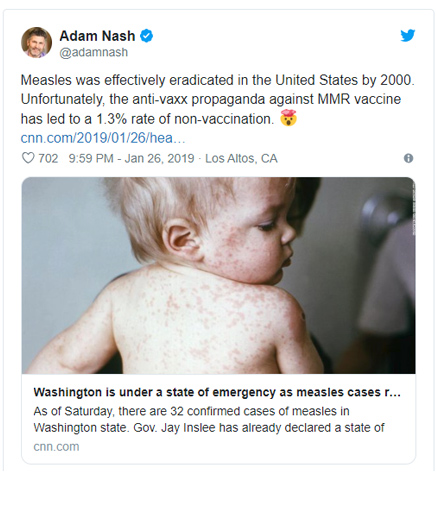 Recently, a woman took to facebook to ask how she could protect her unvaccinated child from the current outbreak. 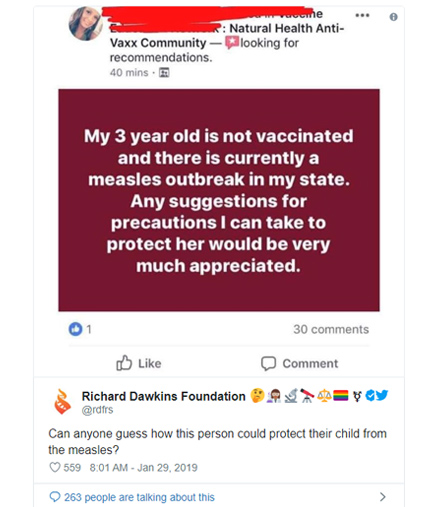 Somewhat shocked by her seeming obliviousness to the simple answer right in front of her, the internet voiced their opinions in the forms of some hilarious and even a few brutal roasts. 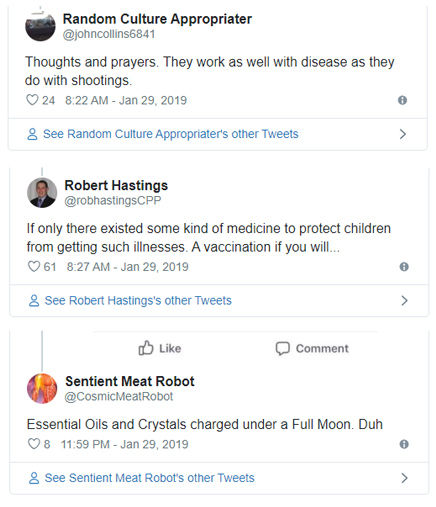 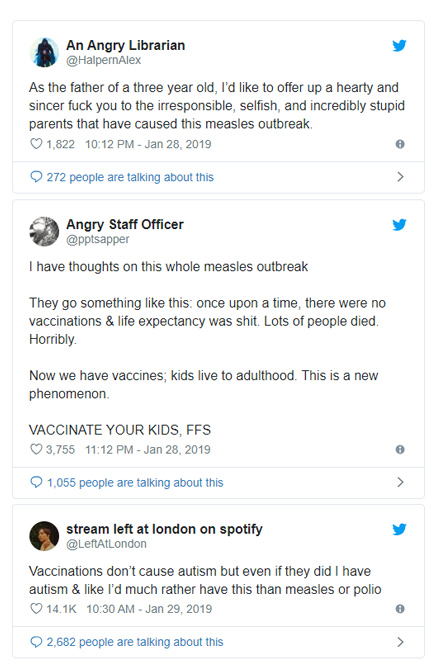 So far in 2019, nine states have reported cases of measles, according to information from the US Centers for Disease Control and Prevention. Washington, Hawaii, Oregon, New York, Pennsylvania, Connecticut, Colorado, California and Georgia all have reported having  cases of the measles.

Two patients have been hospitalized. We typically sees five cases of measles a year when there is not an outbreak, so far there have been 37 in cases in Clark County.

It's pretty simple: You prevent measles outbreak by getting the measles vaccine," he said, adding that parents who are hesitant should take questions to their health care provider. 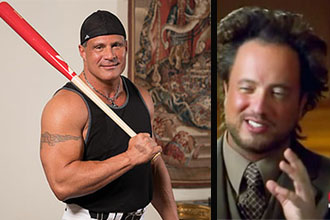