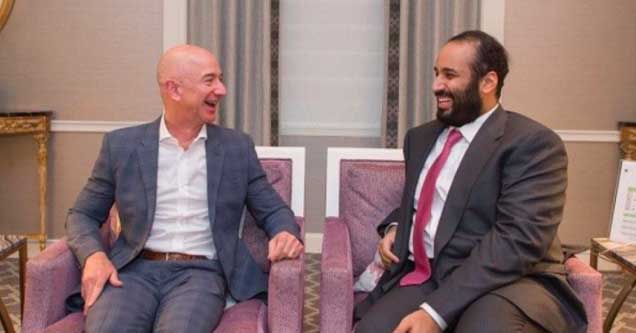 Amazon billionaire Jeff Bezos appears to have been the victim of a serious security breach involving his personal cell phone, and sources point to the Saudi crown being behind the attack.

Back in May of 2018, Bezos and Saudi Arabia's crown prince Mohammad bin Salman (MBS) exchanged several direct messages over WhatsApp in a seemingly friendly exchange up until an encrypted video file was sent to Bezos from MBS' personal phone number. The file contained malware that infiltrated the Amazon CEO's phone and exfiltrated large amounts of personal data from his cell phone over the span of the next few hours.

As of now, the exact contents of that data remain undisclosed. However, the fact that details of Bezos' extramarital affair were leaked to the National Enquirer nine months later certainly does arouse suspicions. 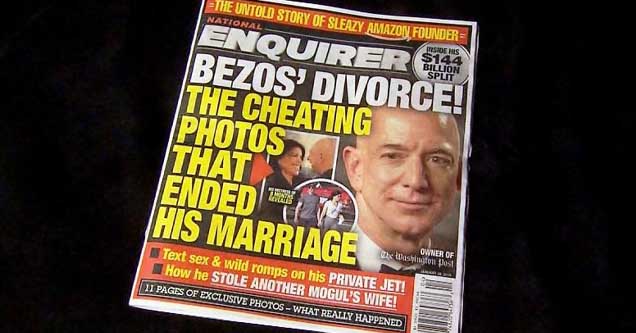 Additionally, it should be noted that just a few months prior to that bombshell leak, MBS was embroiled in a major scandal involving the murder of Jamal Khashoggi - a Saudi-American journalist who was extremely critical of MBS' crackdowns on Saudi freedoms...  and just so happened to work for the Bezos-owned Washington Post.

Although the National Enquirer insists that they were tipped off to Bezos' affair by his girlfriend's estranged brother, the billionaire's private security team claim they have "high confidence" that the more sordid details of that affair were a result of Saudis having accessed his phone.

For their part, the Saudi government has (predictably) denied any involvement in the matter and a statement issued to Twitter by the Saudi embassy in Washington called suggestions of Saudi involvement "absurd:"

Recent media reports that suggest the Kingdom is behind a hacking of Mr. Jeff Bezos' phone are absurd. We call for an investigation on these claims so that we can have all the facts out.

It should be noted that Saudi claims to investigate are viewed with a degree of skepticism by those outside the kingdom - their official investigation into the murder of Khashoggi concluded that it was a "rogue operation," and the eight subsequent convictions that followed were widely criticized as a mockery of justice by human rights groups worldwide. Investigations into the murder done by the CIA and the United Nations both concluded that it was far more likely that the assassination had been sanctioned by MBS himself. 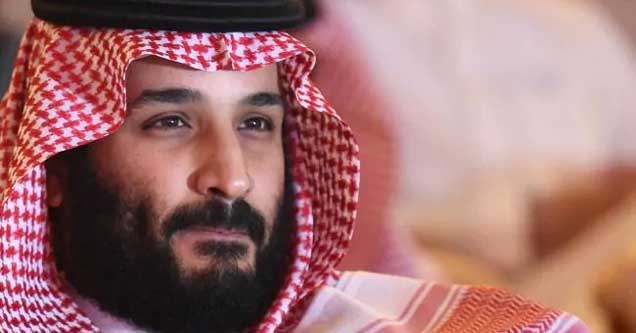 Furthermore, the forensic analysis done by Bezos' security team has also been examined by two United Nations special rapporteurs who released even more damning evidence against MBS. It appears that on Nov. 8, 2018 - weeks after Khashoggi's murder - MBS' WhatsApp account sent a subtle threat to Bezos:

A single photograph is texted to Mr. Bezos from the Crown Prince’s WhatsApp account, along with a sardonic caption. It is an image of a woman resembling the woman with whom Bezos is having an affair, months before the Bezos affair was known publicly.

Yeah, that's not shady AT ALL. 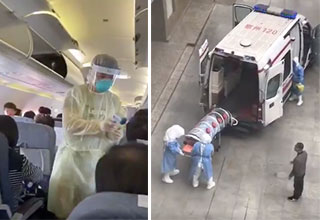 NEXT ARTICLE The Coronavirus Has Made Its Way To America