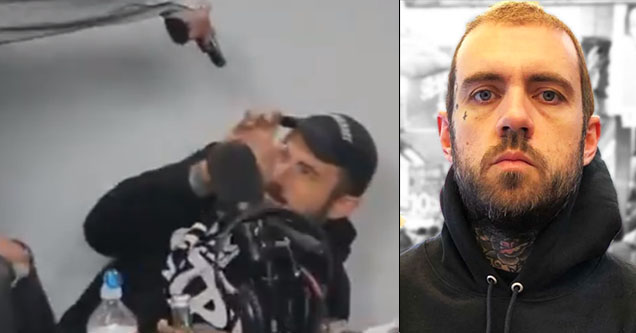 A podcast host had a gun pulled on while livestreaming Sunday night in Los Angeles. Adam Grandmaison, aka Adam22, is the host of the hip-hop podcast, "No Jumper".

In the video, you can see a man reach out and point a gun at Adam's head before yelling, "Give me all your fucking money!" The gunman then pulls Adam out of his chair and you can hear them scuffling.

They tried to kill me lmao

The assailant was eventually taken out and held before getting arrested by the LAPD.

The @adam22 gunman that tried to rob him! #DramaAlert pic.twitter.com/BJLu744kBc

According to FADER, a spokesperson for the LAPD has confirmed that the weapon used was a "movie prop gun."

Breaking the man that pulled the gun on @adam22 live stream is knocked out by @nojumper bouncers & is in police custody! #DramaAlert pic.twitter.com/hv1I9W9gsl

Adam said the man used a rear entrance of his popular BMX and clothing store, ONSOMESHIT, where he also records his podcast.

In this moment @adam22 was like “ I can’t let it end like this , I still need to get @Drake on @nojumper “ I’m gonna have to doge these bullets. “ pic.twitter.com/eGiXHH5UHh 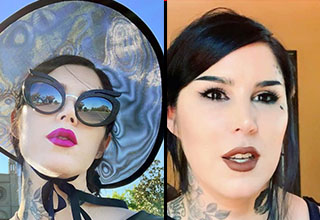