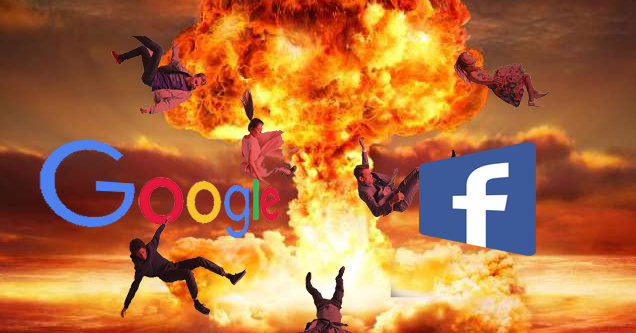 The end is nigh, my dudes

In a moment of unintentional irony, Albert Einstein once famously expressed his fear of the possibility that our technology would eventually surpass our humanity. It’s ironic in that this was being stated by the scientist who was instrumental in, although not directly responsible for, the creation of the atomic bomb. And this seems to be a trend: brilliant minds and innovators retroactively telling the public, “Watch out, this shit is going to get worse,” although often the forewarnings are absent of an apology or even a “whoops, my bad guys, sorry, the future is bleak, lol.” Here is a series of infamous and even recent warnings of conspiracy and dehumanization in the name of advancement and industry that were given by the actual original perpetrators themselves. 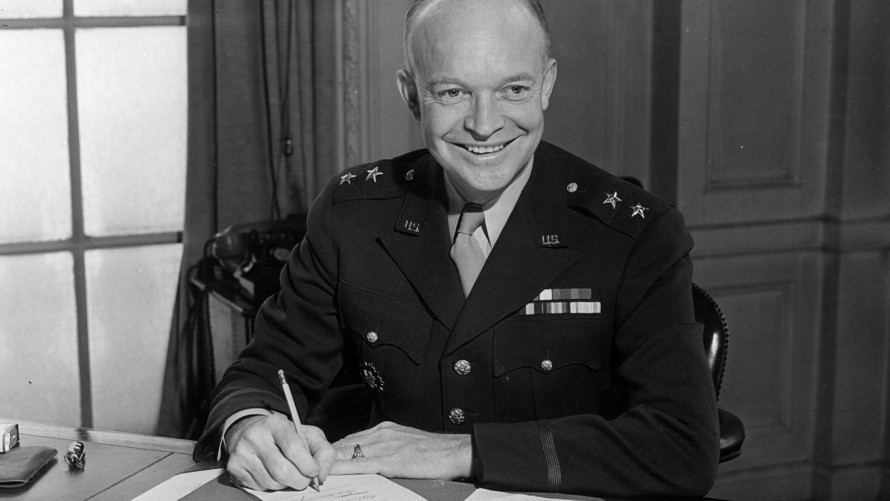 In his farewell address to the nation, President and World War II five-star general Eisenhower delivered a foreboding plea that America, however in need of a mighty military, must still “guard against the unwarranted influence” of the arms industry. Eisenhower knew full and well that arms dealers had to supply the country’s military with the resources to win wars and that those same arms dealers would, in natural self-interest and in effort to sustain themselves, campaign for war, just like any other industry would advertise its goods and services.

And still today, each new mention of war is met with suspicion and skepticism on the necessity of the fight and the motive of declaring such wars.

And this was all coming from the man who threatened a nuclear attack on China. 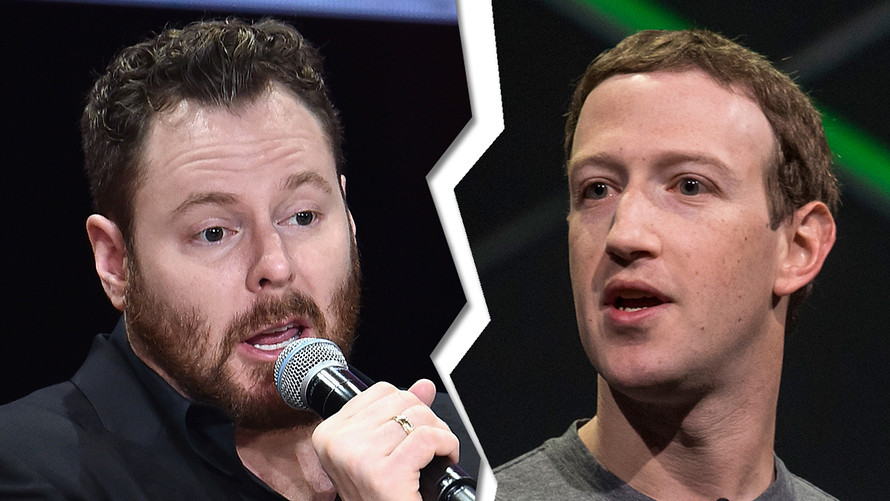 Sean Parker's idealogical split with Mark Zuckerberg illustrated by this split photo. Do you get it?

Despite being an early game changer for the Facebook empire, the site’s co-founder Sean Parker recently came against the very idea of its social media platform, proposing that it is literally damaging the health of humans’ brains.

"It literally changes your relationship with society, with each other. It probably interferes with productivity in weird ways. God only knows what it's doing to our children's brains," Parker told an audience at an Axios event last year.

He explained that Facebook and its successors were deliberately designed to consume as much time and attention as possible from their users. The result was that they created "a social-validation feedback loop […] exactly the kind of thing that a hacker like myself would come up with, because you're exploiting a vulnerability in human psychology."

He added, "The inventors, creators — it's me, it's Mark [Zuckerberg], it's Kevin Systrom on Instagram, it's all of these people — understood this consciously. And we did it anyway."

This was all stated in the wake of a Facebook scandal, where many were placing fault on the site for accepting divisive content from Russian advertisers to allegedly sway an election.

Shortly thereafter, former Facebook executive Chamath Palihapitiya also became publicly outspoken regarding his “tremendous guilt” over his work on “tools that are ripping apart the social fabric of how society works”, joining a growing chorus of critics of the social media giant. 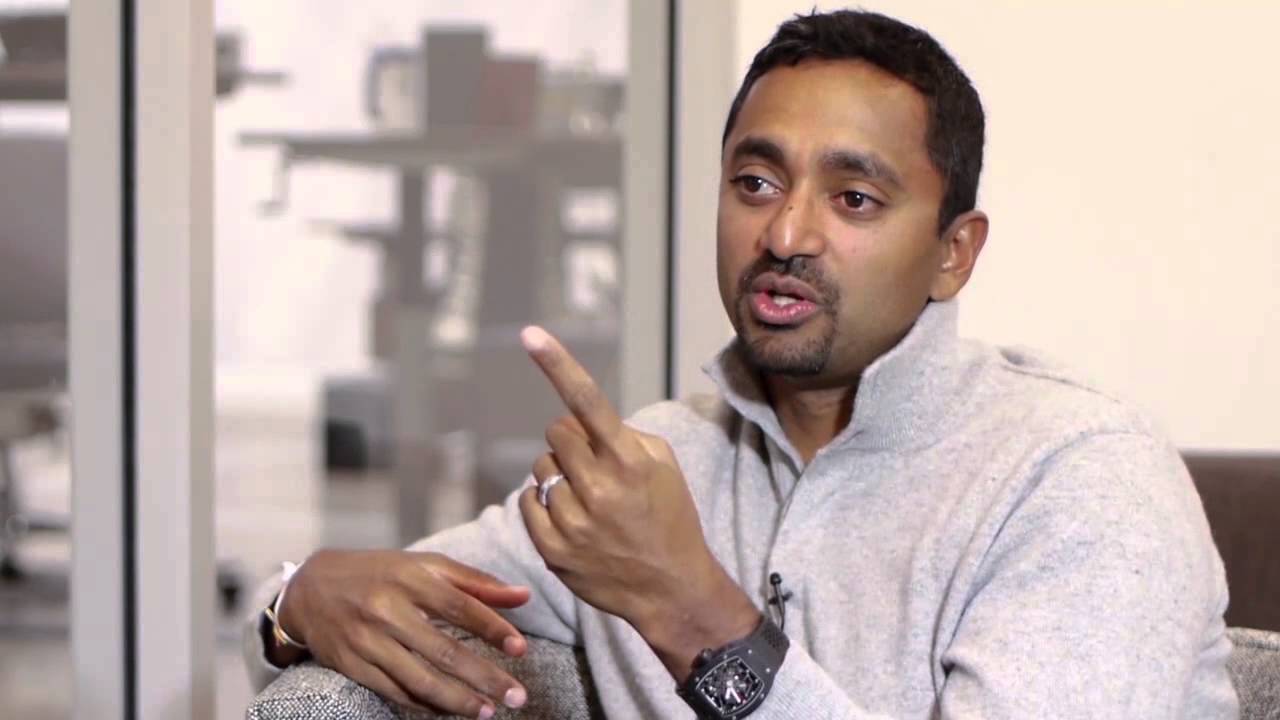 Chamath Palihapitiya, who was vice-president for user growth at Facebook before he left the company in 2011, said: “The short-term, dopamine-driven feedback loops that we have created are destroying how society works. No civil discourse, no cooperation, misinformation, mistruth.”

“This is not about Russian ads,” he added. “This is a global problem. It is eroding the core foundations of how people behave by and between each other.” 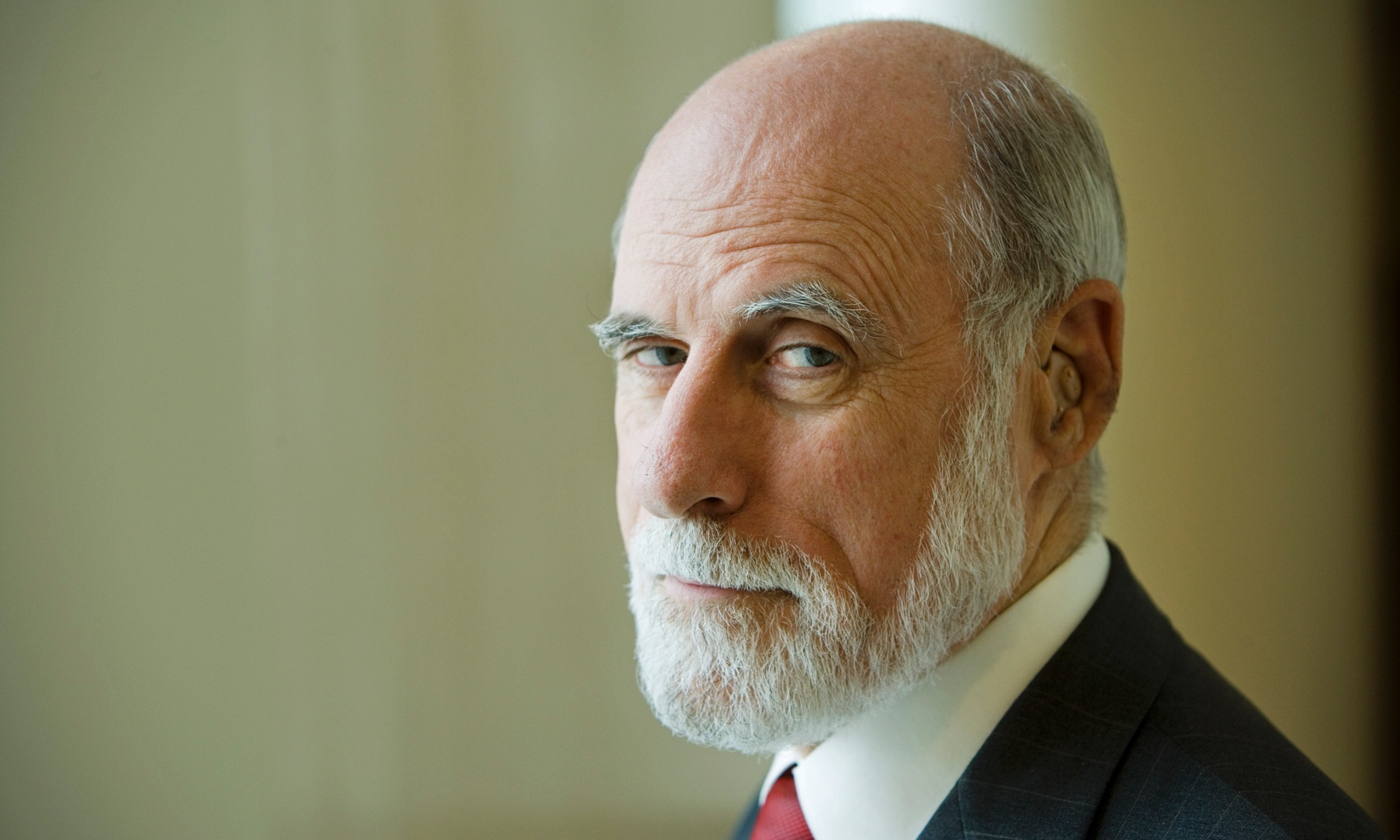 Google is a name synonymous with cloud computing, leading the pack in the paperless digitization of our world, but its vice-president, Vint Cerf, expressed concerns with the revolution he’s helping progress. He predicted we would inevitably become a “forgotten generation, or even a forgotten century” through what he called “bit rot,” where old computer files become useless junk as software needed to access those files become defunct.

It seems odd that the company campaigning for the transition to fully-digital data storage would forewarn that said data will all be eventually lost and that hardcopy is still the best option for record keeping. But it makes sense why a company would go against its own gut feelings in tech development when there’s a bottom line to consider. 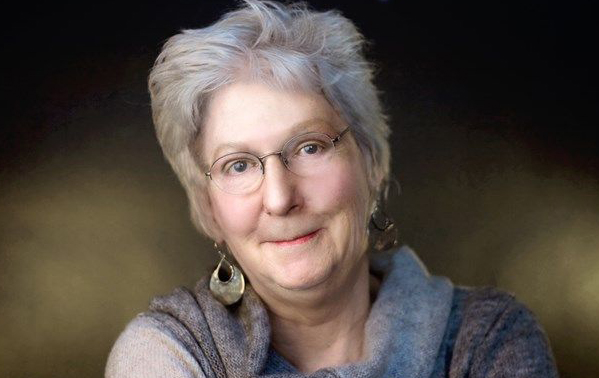 Bitch McConnell shortly after menopause and a little soul searching

I’m a fucking genius, but I work for eBaum’s World while fully understanding the site’s contribution to the degradation of society. And yet I come back in every day and shit-post galleries of Davids in some sort of existential trolling of God himself. There is most certainly a seat reserved for me in the deepest layer of hell.

So what do you think? Are you afraid of the future? Do you resent the elite class and their fickle nature? Was this too long to read and you plan to comment on it anyway? Let me know below! 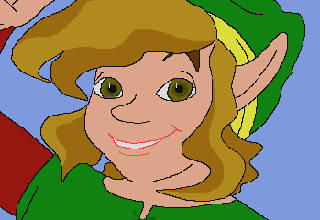